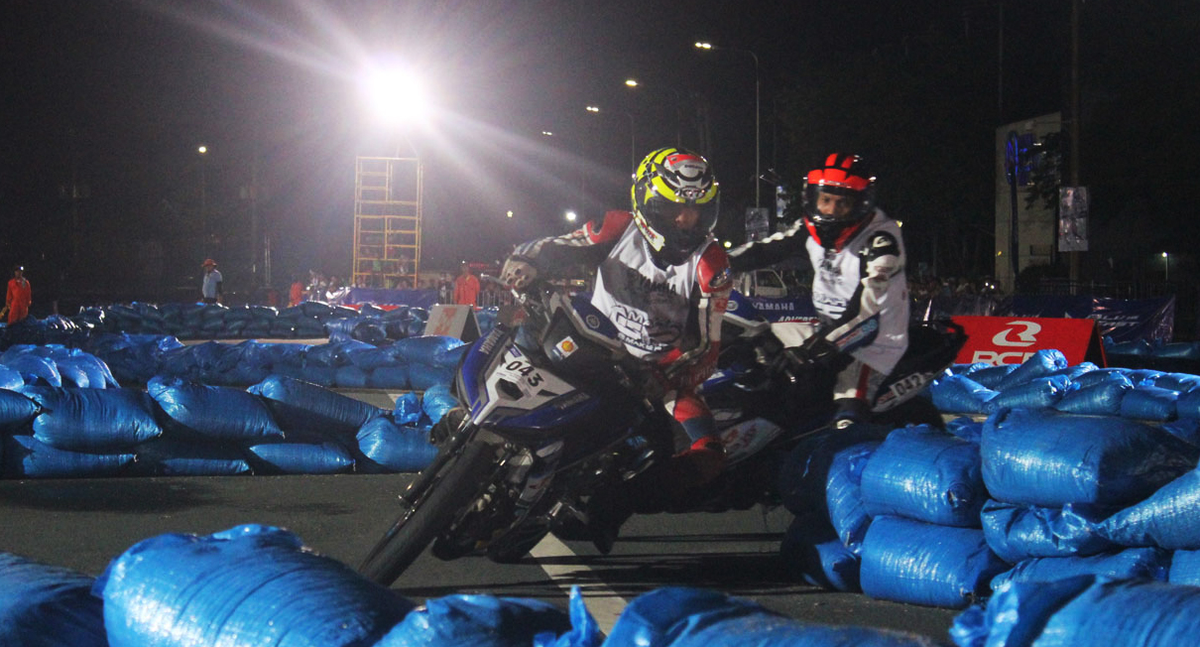 It was a damp day for the Yamaha Grand Prix 8 Championship set in the light-strewn Rizal Park last September 9, 2017, but the race went on without a hitch.

The finals saw the inauguration of the Yamaha Sight category, showcasing the manufacturer’s latest motorcycle which uses Yamaha’s F.I. technology for efficiency and improved performance. Mauricio had the honor of being named the category’s first ever champion.

It was a close match for the Fun Race AT category. All using the Yamaha Mio, the riders were tightly stacked through the track. The nail-biter ended when Kenneth Coronel managed to break away from the pack.

The 160 Open AT on the other hand capitalized on the larger track, allowing the racers to let loose on the throttle. It was neck and neck between Miko Montano and Aljon Valencia, with Montano managing to keep his lead and finish first while Valencia takes second. Allan Dela Cruz followed soon after in third.

The Vega Force 115 i category saw Masato Fernando as the favorite to win the race from the start, but was quickly challenged by Mcdon Sande and Vingie Coloma. The tight race ended with Sande taking the top spot, Coloma finishing second and Fernando ending up with a respectable third.

The Sniper 150 became a battle royale of skill and sheer will to win with Ephraim Onahon winning the contest. Garry Caneda went in second and Durraine Dan Carlos took third.