2021 Cost of a Data Breach Report in ASEAN countries 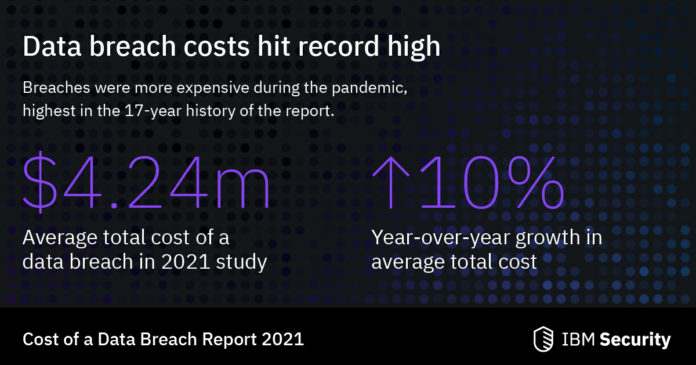 Now in its 17th year, the Cost of a Data Breach Report is more relevant than ever in securing data privacy and cybersecurity, as it offers a deeper understanding of these kinds of security risks by issuing key findings, impacts, and recommendations for different countries, organizations, and industries.

The global study — which was conducted by Ponemon Institute and published by IBM — is based on an in-depth analysis of real-world data breaches experienced by over 500 organizations including 25 organizations in ASEAN countries (countries in the study include Singapore, Indonesia, Philippines, Malaysia, Thailand, and Vietnam).

Globally, the study suggests that security incidents became more costly and harder to contain due to drastic operational shifts during the pandemic, but in ASEAN, costs were declining at around 6% compared to the prior year. Although there is a decline in security incident costs, the average cost of a breach is still higher for organizations that had not undergone digital transformation (due to COVID-19) in the ASEAN countries mentioned above. The cost of a breach was USD 430,000 higher than average. On the other hand, compromised user credentials were the most common attack method used as an entry point by attackers, representing more than 20% of breaches studied in ASEAN.

Here are some more key findings of the Cost of a Data Breach Report in the ASEAN countries: