11 Jul 2020
TechnologyEnterpriseCollaborative robots will not replace human labor—Universal Robots gives us the lowdown... 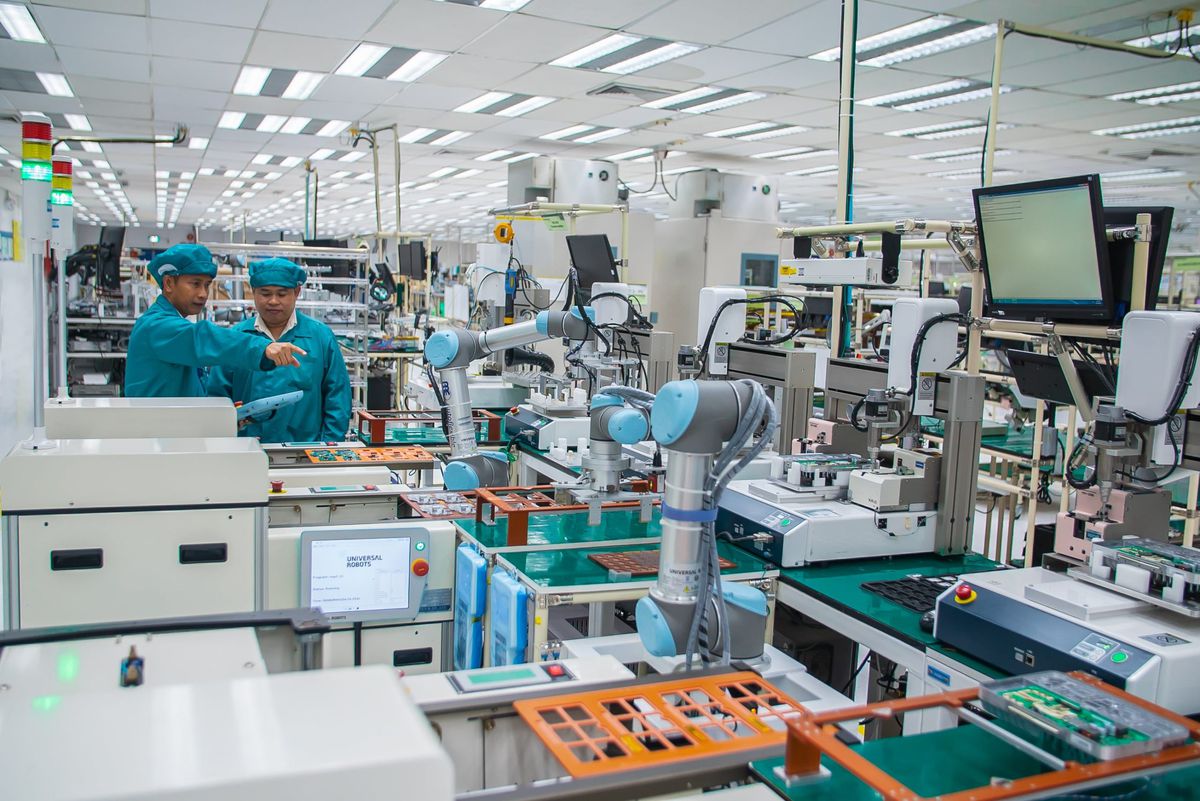 Collaborative Robots or “cobots” are more than just a cool innovation we all are excited to discover and utilize. It is in fact already widely used in manufacturing companies around the world, with automation increasing productivity dramatically while realizing immense growth and sustainability. With independent research forecasting sales growth to jump six-fold by 2030, cobots are being hailed as one of the fastest growing products in automation.

As the global economy emerges from the COVID-19 pandemic, that push towards automation becomes even more essential.  In a purely manual labor-dependent manufacturing setup, the disastrous effects were seen as factories were forced to shut down because workers could not report for work and operate equipment in person. With the collaborative nature of the cobots, manufacturing operations can run smoothly with lesser human intervention while realizing productivity gains and ensuring business continuity.

Yet, despite their many advantages, there are a number of concerns and misconceptions that hinder the adaption of cobot technology.

Universal Robots provides us some guidance to separate fact from fiction.

For ages, a common belief has been that automation—such as the use of robots—will steal jobs. In this case of cobots, this is not true.  Cobots can perform the strenuous and repetitive tasks, thus freeing humans to take on better, more exciting roles within the company. With cobots enhancing productivity, companies often find themselves in a position to hire more people, thus creating jobs, not eliminating them.

According to World Bank’s Enterprise Survey for the Philippines, on average, firms that deployed partial or full automation in their operations would likely to hire more workers. A World Economic Forum study suggests that by 2022, robots may create about 133 million jobs globally, but no machine will ever replace human dexterity, critical thinking, decision-making, and creativity.

As the Philippines ramps up infrastructure improvements, cobots will work productively and smoothly with ingenious and efficient Filipino workers overseeing and operating them.

Many Filipino manufacturers see robots as large, lumbering contraptions used in assembly lines. The reality is, with the flexibility of cobots, companies can automate even the simplest of tasks. Regardless of the scale of output, cobots can be deployed for processes that are repetitive, manual, or potentially strenuous for workers—such as pick and place, packaging and palletizing, screw driving, gluing, dispensing, and welding.

Myth #3. It’s a hassle to implement and maintain robots

It is true that industrial robots can be large, cumbersome, and difficult to operate. One might say they practically require a PhD to run them. But not cobots. Cobots are easy to implement, operate, and maintain. Since cobots are so compact and lightweight, there is no need to change the production layout when switching the cobot between tasks. They are easily programmed or re-deployed and require minimal maintenance. Hence, operations will not be affected despite a shortage of factory workers.

Indeed, it is impossible to work alongside traditional industrial robots without some serious safety concerns. These traditional robots handle heavier, larger materials, and require safety cages to keep humans out of the workspaces.

Cobots are different from traditional industrial robots. They are created with safety in mind, reducing safety risks for workers. Specifically designed to work in conjunction with human workers, they perform best as a minimally disruptive solution to safety concerns. Given their built-in safety functions and subject to propoer assessment, cobots and individuals can safely work in tandem without needing cages.

There is some truth to this myth – robots can be expensive. For cobots, upfront costs are typically cheaper than traditional robots, with an average payback period as short as twelve months. Cobots are cost-effective and their installation requires minimal investment, given they do not need major infrastructure changes. Unlike traditional robots, they can also be redeployed to different functions in the production line and used around-the-clock.

The coming age of robots

While there is so much catching up to do in terms of technological advancement in the Philippines, the country is definitely setting its sights on exponential growth and sustainability with the help of automation. Automation with humanity in mind is not just possible, but sustainable and safe, with the use of collaborative robots or cobots humming along with humans. The age of robots is here to stay, for the better of us all.

“Over time, there are still apparent debates whether adopting automation such as cobots are efficient for companies. In the Philippines, conversations are about cost, job loss, and safety being paramount. Primarily, cobots can add up to the effectiveness of human labor, can be deployed regardless the scale of operation, and can be easily maintained that is safe and cost efficient,” said Darrell Adams, head of Southeast Asia & Oceania for Universal Robots, a Denmark-based collaborative robots (cobots) technology market leader.