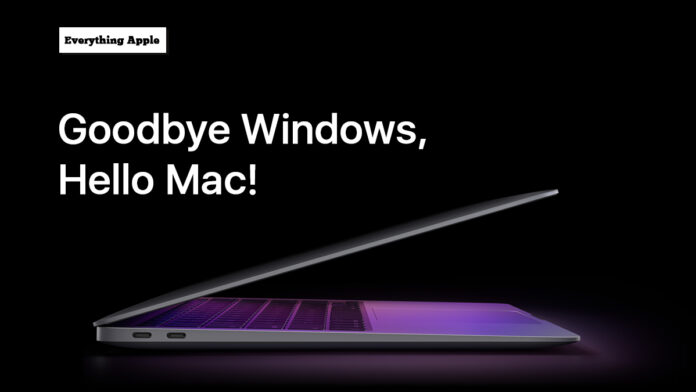 Look at Gadgets Magazine issues from 2014 – 2017 and you will see I was a hardcore #PCMasterRace advocate. Now, I am an Apple convert, and switching over to a Macbook Air.

I was always into PC building. The ability to customize a Windows computer according to my needs, wants, and budget, and then upgrade piecemeal in the future was something that could not be easily done with Apple’s desktop products. The Cupertino company’s laptops from years back were also quite expensive as compared to similarly specced Windows laptops. It was a no-brainer for me to stick with Windows desktops and notebooks back then.

But to be completely honest, I have always admired Apple’s products. Their design, robustness, and premium appeal remain unrivaled. I finally pulled the trigger and switched camps when I got a new laptop last year, helping contribute to the over 28-million Macs sold for 2021. Here’s why I decided to make the switch to Apple, specifically, to a base model Macbook Air M1, despite years of being a PC fanboy.

I bought the Macbook Air M1 mainly for portability. Coming in at just 1.29kg, it’s definitely one of the lightest laptops out there. Being steadily more involved in development and social work where days spent on the field are about equal to days spent in the office, a featherweight computer is definitely a must-have. A heavier device will quickly make its presence felt on the back or shoulders—not something you want to be slowed down by when you’re just halfway through a fieldwork research day.

But what’s being light if it struggles with anything more than a few browser tabs? Luckily, the Macbook Air M1 also has plenty of go underlying its svelte looks.

The release of the Apple M1 chip was a game-changer. Moving away from Intel chips, Apple produced its own silicon specifically tuned for its own hardware. Integrating processing cores, graphics cores, neural cores, RAM, SSD controller, and various other components into one system on a chip makes the M1 so much faster and more efficient than anything Apple has used in the past.

In application to everyday tasks, it is buttery smooth. Even with multiple tabs open, editing a 4K video, and layouting a 100+ page document, it chugs along with no problem. The M1 chip can go; better yet, it can go for a long time.

Related to being on the field, I needed a laptop that could go untethered from the wall for a long time. You would think that a brawny chip would drain a laptop’s battery in no time flat, but Apple’s silicon is as power-efficient as it is powerful. In practice, it can go a full day’s work with plenty to spare for a movie marathon at night. Its standby time is also wonderful. I have often left it on sleep overnight by just closing the lid, then reopening it the next morning to find the battery percentage virtually untouched. Fast charging further minimizes this laptop’s downtime.

With Windows laptops and desktops I have used in the past, I have often needed to edit system settings and do plenty of registry tweaking in order to squeeze as much performance as possible out of the machine. All these before I can freely use the laptop.

On the flipside, my experience with the Macbook has been very convenient from day one. Everything just works out of the box, and optimizing performance is just a few clicks away. Features such as Spotlight, Quick Look, Time Machine, and multi-touch gestures are other conveniences that make everything user-friendly. During the times I have to use a Windows machine now, I often end up quickly missing these Mac features.

Oh, and lifting the laptop’s lid with just one finger. So convenient!

Don’t get me wrong—Apple does not have a monopoly on these aspects of portability, power, battery life, and ease of use. Plenty of Windows machines also have these. However, from experience, I needed to constantly babysit Windows software to maintain performance over the long term. Friends who have Macbooks did not seem to have the same problem, able to use the same device without much housekeeping for years.

Last but certainly not least is the price. Fresh out of college and starting my career, I found Macbooks to be very expensive almost a decade back, costing upwards of PHP65,000 for base model Airs. The 2020 Macbook Air with the M1 chip changed all that. Costing just under PHP55,000, it was priced very competitively and outperformed most similarly priced Windows machines. Sure, you are getting just 8GB of RAM and 256GB of storage, but that should be enough for years thanks to Apple’s platform optimization and cloud storage.