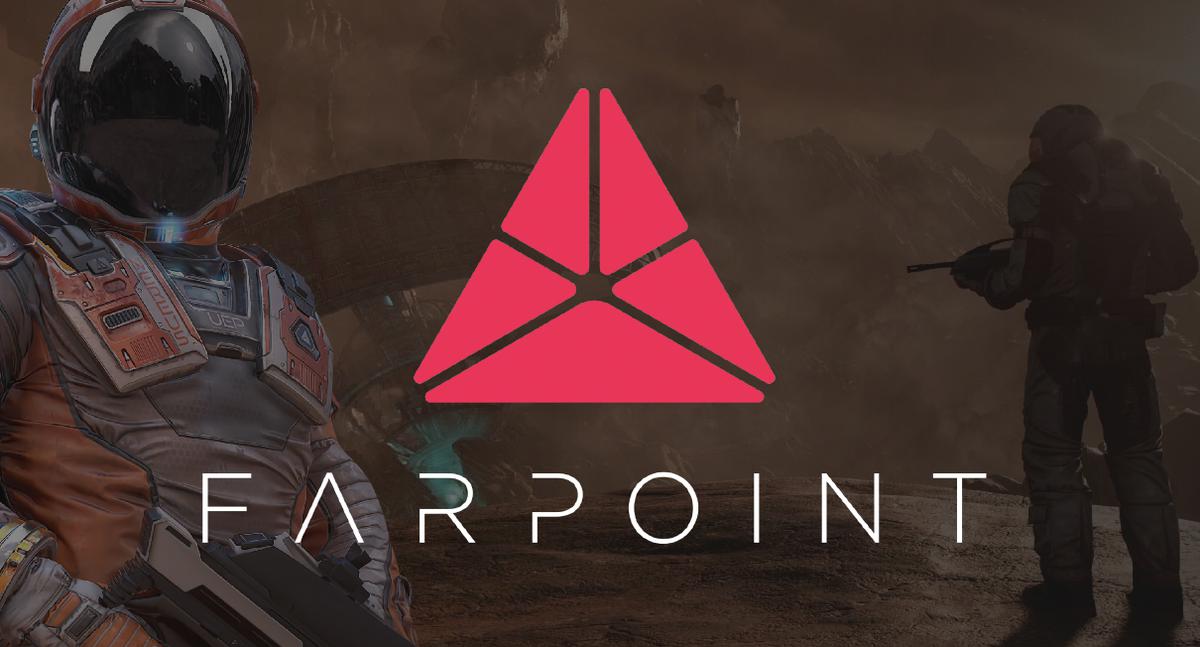 VR games are starting to come to the fore, and while the previous PS VR game we reviewed, Resident Evil 7, was a great game, it was not necessarily for the virtual reality experience, and we felt that there was so much the system could do. Today we take a look at Farpoint, the FPS we’d been dying to play since we heard about it.

Along with the VR setup, the Farpoint box also comes with the PS VR Aim controller, which is, in essence, a politically-corrected gun controller. It’s basically a PS4 controller laid out to resemble a gun. Setup is the same as with any other PS4 controller, with the extra step of calibrating it against the PS4 camera. After this, it’s a simple install, and off you go into the future.

The game opens with a “live” cutscene of doctors Moon and Tyson as they await pickup from a space station that’s tasked with investigating an anomaly that radiates energy with no apparent source. Stuff happens, a wormhole opens, and the pilot of the shuttle tasked with picking them up (that’s you) gets sucked into the void, hot on the heels of the two doctors.

You find yourself on the surface of an unknown planet that’s both hostile and beautiful and OH HEY, A RIFLE!

After familiarizing yourself with walking controls, you’re off on your adventure to find the two doctors, uncovering holo data and audio recordings as you walk along their path. Let me get the graphics question out of the way. Yes, the graphics are amazing. From right under your feet, all the way to the horizon is a beautiful alien landscape. Occasionally, you’ll get treated to views from heights, some surprising lighting effects, and an explosion or two, none of which look fake, or remove you from the VR experience.There is some getting used to the strange sensation of moving around the map with the Aim Controller joystick while your body remains still, but thankfully, that period is short, and acclimatization to the scheme happens quickly.

Using the Aim Con to shoot is as natural as you can imagine. Raise it to eye height to see through the optic installed on your weapon, line up the dot/crosshairs/bead, and pull the trigger until you achieve the desired effect. Reloading is accomplished with a button on the controller, and changing weapons is done with either another easy-to-reach button, or quickly raising the end of the aim controller over your shoulder and bringing it back down. Very cool. The weapons, from conventional rifles and shotguns, to alien plasma blasters, all have infinite ammo, which is great, as you fight all manner of creatures, from jumping Half-Life-esque headcrabs, to Starship Trooper-type bugs, humanoid aliens, and the Roomba’s mean, angry grandchild.

The strong suit of the game, apart from the amazing Aim Controller, is the story. It plays on your emotions by showing you footage of the plight of the two doctors as they make their way across the alien planet, with all the physical and emotional difficulties you could imagine. As you move along the path the game has set, the story moves forward as well, uncovering more and more of the two scientists’ fate. You’re in the same boat as them, so you feel a connection, and want to keep pushing forward to see a friendly face among everything that’s so strange and alien.

So the Aim Con is great, and the story is interesting. What about gameplay? Well, it’s… Acceptable. The game puts all its eggs in the VR basket, and they seem to have slapped it on to a game that is, for lack of a better word, okay. It’s paced well, with a good sine wave of action and lull, but the points can be predictable. If you’re getting fed ammo or a new weapon, chances are you have a fight ahead. If something moves, shoot it until it stops moving. While the VR thing is good, and the shooting thing is great, it’s not always enough to keep the whole ship afloat. Don’t get me wrong, it’s still a lot of fun, and fantastic for a first effort, but you get the sense that VR as a gaming platform is going to be doing more. Removing one of the biggest hindrances to gaming, that is control issues, is huge HUGE fun. You’re going to be ducking, peeking, and shooting until you work up a sweat, but like skipping a meal to go straight to dessert, you’re not going to feel full. It feels like an earlier game for the PC that was done in VR.

Is it a good game? It’s definitely not bad. But with titles such as The Last of Us, or Horizon Zero Dawn, the main selling point of Farscape is definitely the shooting experience more than anything else.