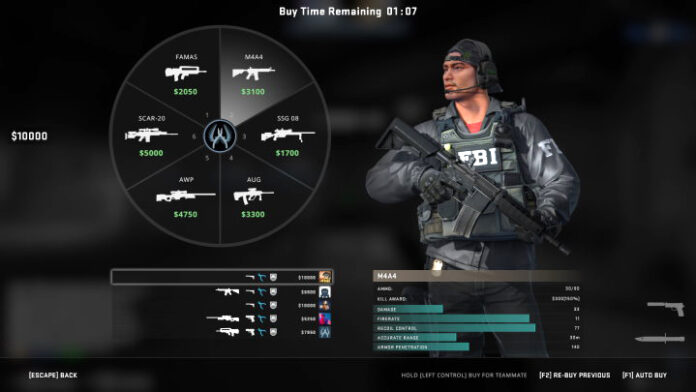 Gaming, esports, and streaming, like any other pop sub-culture, have developed their own unique language or gaming jargon.

So when you watch a gaming tournament or a streamer playing, here are some of the most common words or phrases you might find in the chat:

Whenever a game or match is finished, you might see pros type GG in the chat as viewers type back GG. GG means Good Games and denotes sportsmanship at the end of the game. Other times, it can be used the other way around when (usually casual) players use it in the middle of the game to taunt that their team is better than you. If they are losing, GG is a pseudo sign of giving up.

More often found in First Person Shooting (FPS) games, NT means Nice Try, a phrase often used at the end of a round especially when a player has tried his best to win the round. It’s usually said to teammates as a way to keep their morale up.

Commonly heard during analysis and commentary, Meta is actually an acronym that stands for Most Effective Tactic Available. Meta is usually the most common strategy in a game since it is the most effective and efficient. However, meta also changes every so often as games receive patches and characters are adjusted.

AFK (Away From Keyboard)

AFK is one of the more common gaming jargon. AFK means Away From Keyboard, meaning that the player is currently away despite the game progressing. AFK is treated as an offense in some games as it is used to grieve teammates if they are not performing. There are also games that kick a player out for being AFK.

As part of the ever-changing meta in video games, you’ll hear the words buff or nerf being thrown around a lot. Buff is used to describing a character that has his power boosted, hence the word buff. While nerf is actually based on the Hasbro toy guns. Nerf is used to describe a character who has been balanced to downgrade his power or stats, hence being akin to a toy gun that does no damage.

Net worth is usually heard in MOBAs, RTS, and FPS. Since these games have in-game money involved to determine how strong a player can be, net worth is used to measure resources to determine who is ahead. In MOBAs and RTS, net worth is used to measure how many resources a certain player has at a particular point in the game. A bigger net worth early on means he is ahead of the other players. In FPS, economy is described to determine a team’s capability to buy weapons and utilities. The better the team’s economy, the better weapons they can buy. Economy in FPS is usually obtained from winning rounds or by getting kills.

The term farming or grinding is usually found in Multiplayer Online Battle Arena (MOBA) and MMORPG (Massive Multiplayer Online Role-Playing Gaming), and means gathering materials. In MOBAs, farming is the act of killing minions/creeps which generate gold and experience to power up the character. In MMORPG, grinding is the act of farming materials to create new weapons, gear, and gaining experience to power up the character.

Part of meta is OP or over-powered. OP is gaming jargon commonly used to describe characters who are overly powered, thus putting the opposing at a disadvantage. OP is usually used by casters or analysts especially during pick or ban phases. Like meta, OP characters typically change whenever a new one is introduced or a balance updated.

Undoubtedly the most Twitch-associated word, Kappa or Kap in short is a Twitch emote that denotes sarcasm or “trolling”. While streamers often read the word as Kap or Kappa, it comes out of the chat as an emote that features a grayscale image of Josh DeSeno, a former employee of Justin.tv, the precursor of Twitch.

Aside from gaming culture, streaming has brought with it new slang and jargon. Unlike normal words, streaming slang actually comes in a form of an emote usually found in Twitch or through the plug-in BTTV (Better Twitch TV) emotes. These few words are just a small serving of the colorful Twitch slang.

Remember that Spanish Laughing Guy (may he rest in peace) meme? Well, KEK is a Twitch emote that bares his face. And like the meme, this word/emote is often used to connote extreme laughter. More often than not, this emote is spammed by the chat when a streamer does something funny.

Pog or Pogger is an offshoot of another Twitch classic, Pogchamp. All three terms are used to denote excitement or being awestruck. Poggers came about as a replacement for Pogchamp which Twitch has deleted since it was associated with the Capitol Riots in the US last January 2021. The Poggers emote features a picture of the internet meme Pepe the Frog that has
his mouth opened wide showing a shocked expression.