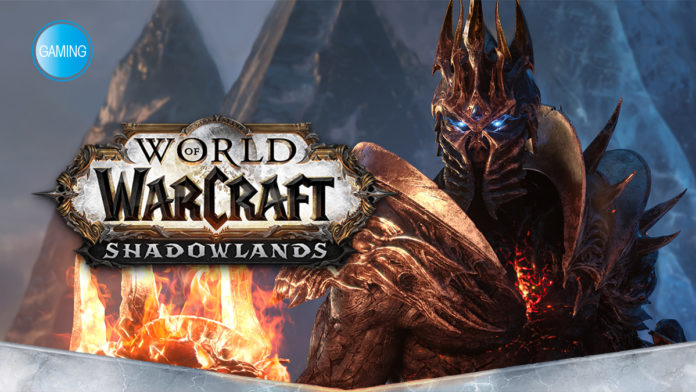 The concept of death often raises many questions. One of the biggest questions that someone might ask is, where do we go after we die? Our upbringing shapes our beliefs and we often grapple with our own mortality. Philosophical issues aside, the release of World of Warcraft: Shadowlands also raises many questions. Where do we go from here? What do we do now that we’re adventuring into the realm of the dead? These questions were about to be answered on October 26, but Blizzard decided to delay the expansion until November 23 due to the COVID-19 pandemic and questions about tuning and covenants, which we will talk about later in the article.

The first thing about Shadowlands for long-time WoW players is that you’re reduced to level 50 and the new level cap is 60, just like it was in the original World of Warcraft. With this squish and expansion comes new content. Given that the game just turned 16 years old this year, the developers placed a new area for newcomers to level: Exile’s Reach. Leveling from 1 to 10 takes only an hour in this new zone, while previously someone may have had to spend a lot of time leveling from 1 to 120. You can then proceed to Battle for Azeroth content until you hit level 50, at which point you can start questing in the Shadowlands itself. For veteran players starting a new character, you can also pick one of the previous expansions to level in once you reach level 10: Burning Crusade, Wrath of the Lich King, Cataclysm, Mists of Pandaria, Warlords of Draenor, Legion, or Battle for Azeroth.

Character customization has become far more robust than in previous expansions. The new expansion is also ray-tracing compatible, so people with high-end gaming computers can enjoy graphical enhancements and enjoy the robust character customization. You can make Humans have tattoos, while Undead players can customize various states of decay. Many classes have either new spells or old spells returning, with talent trees once again being rearranged. You may have to check out an online guide if you intend to push end-game content.

There are five new zones: Bastion, Ardenweald, Revendreth, Maldraxxus, and the Maw, along with eight new dungeons and one raid, Castle Nathria. New raids and dungeons will be added as the expansion progresses. The new main city is Oribos, which is the main player hub that all people assemble at (and is conveniently located in the middle of the map). A brand new feature is the roguelike dungeon Torghast, Tower of the Damned. Players are able to head in solo or in a group to conquer the challenges within the tower.

There are four covenants: Kyrian, Venthyr, Night Fae, and Necrolords. Each offer unique abilities to each player. For players leveling for the first time in Shadowlands, players must hit level 60 and then do quest lines to choose a covenant. Subsequent players will be able to choose their covenants right away, making this expansion a bit alt-friendly compared to previous expansions. One must donate anima to their covenant to receive more bonuses that you can avail of as your renown increases. Legendary items are also back and can be crafted by the player.

Overall, the Shadowlands experience brings a mix of old and new to the table. The journey into the realm of the dead is definitely good for plot reasons, such as meeting old characters from World of Warcraft lore while still maintaining a sense of bringing something new to the game such as covenants and roguelike dungeons. If you’re a World of Warcraft fan or have played the game before, you might want to give Shadowlands a chance.