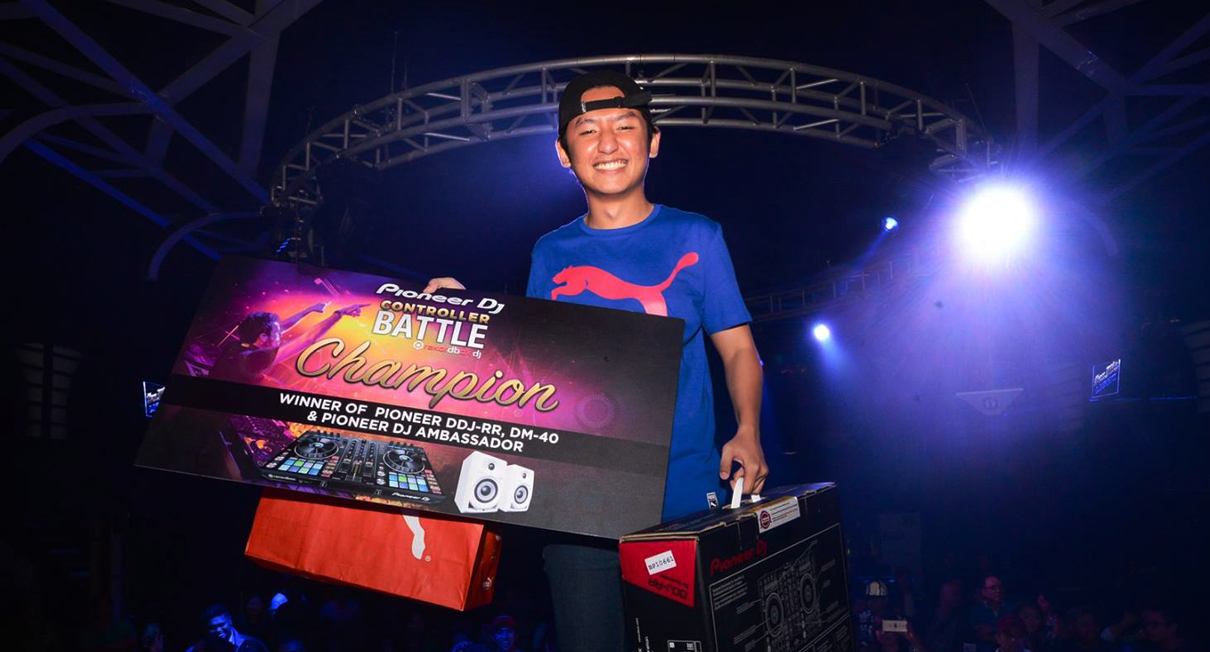 After a grueling test of skill that pit 15 promising DJs against each other, a champion arose: Mark Sianghio was crowned victor of the Pioneer DJ Controller Battle 2017 Rekordbox Edition at the final battle last August 25, 2017 at URBN QC.

The top five featuring Sianghio, Shani Hachiko, Renz Elma, Heri Patinio and Ernest Pascual, were each given 20-minute sets to showcase their creativity and controller skills at the final battle, all putting on a great show. In the end, however, only one would be deemed winner.

The difficult task of judging the competition was given to previous Pioneer DJ Controller Battle winners, and notable names in the industry: Mark Nicosia, Travis Monsod, Joey Santos and Bob Cordova.

“Djing is not about playing at music festivals and [clubs]. First, you must feel your music and put your heart in what you do. Think of it like it’s a game wherein you must work hard and enjoy at the same time. Keep your focus on what you do because DJing is all about yourself, then eventually you’ll meet new friends who will love you and your music [sic]. Don’t rush things ’cause one day you’ll get whatever your heart desires and always put a smile on your face,” said Sianghio.