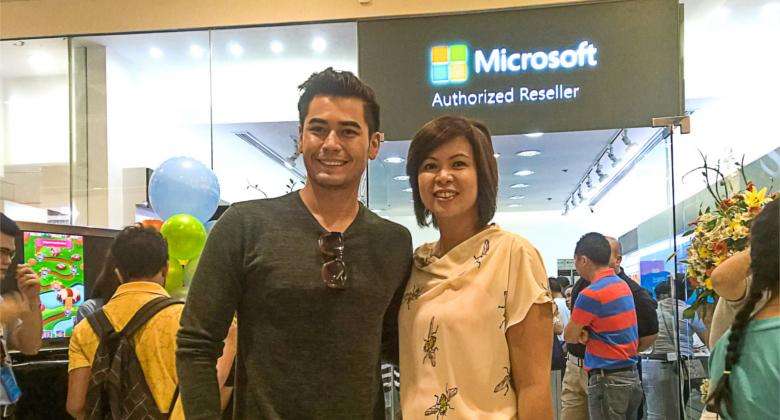 The two shops are stocked with various Microsoft Lumia smartphones, accessories, and other company products like the Office 365 Personal, HP Stream 7 and 8 tablets, and HP Pavilion X2 laptop. Exclusive deals and promos awaited guests, and a Lumia 1520, HP Stream 8, and a free subscription to Office 365 were also given to lucky raffle winners. The new Lumia 640 XL as well as the Lumia 540 Dual SIM were the stores’ best sellers during opening day.

According to Milette Rosal, the store openings are important to the company and its patrons. For one, it represents a broader business model which allows the company to directly interact with more people. On the other hand, these stores bring the Lumia devices closer to their customers.

As part of their #LiveConnected campaign, Microsoft likewise demonstrated how users can stay connected across various devices.  This functionality allows continued productivity on-the-go using Windows and other devices.

The opening of the two Microsoft stores arrived just in time for the much anticipated release of the company’s latest operating system, Windows 10.