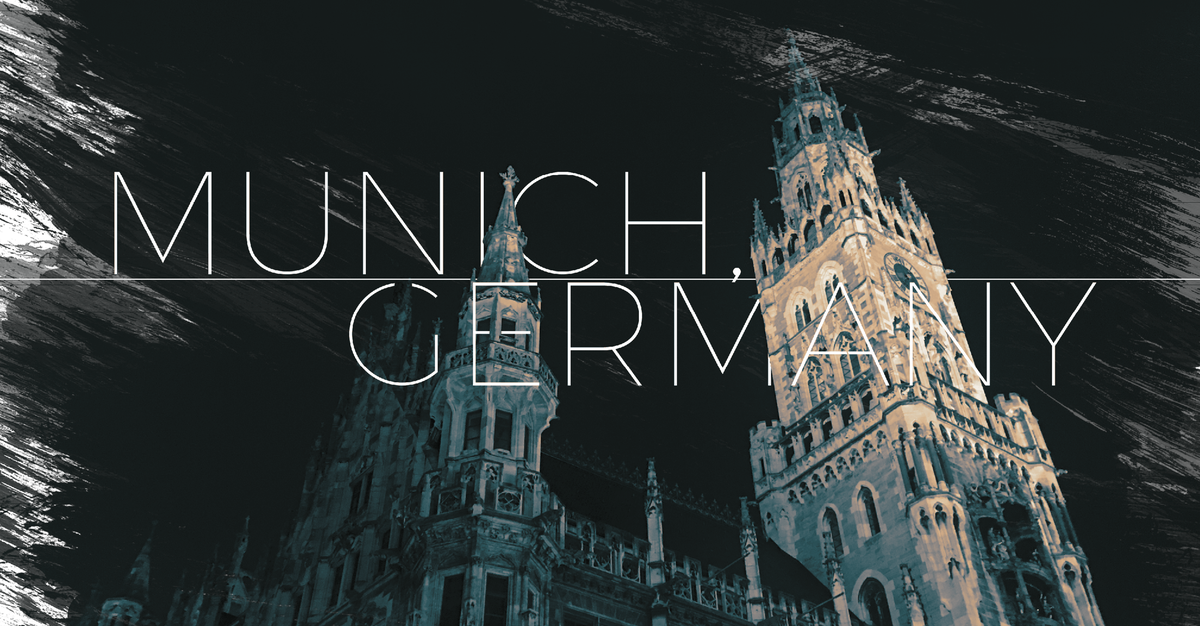 Munich, Germany is famous for its Oktoberfest and great-tasting beer. Since I am not a beer drinker, Munich was not really on my bucketlist. But because I was attending a conference there, I took the opportunity to explore the city.

I discovered that proximity to the train station was a real advantage, as there is a wide selection of cuisine to choose from—from Currywurst and other local cheap eats sold in food stalls within the train station area, to more familiar fare like Burger King and Subway, or exotic sausages and cheeses sold in the Italian Food Fair just a short walk away. There’s also a nearby restaurant serving the famous Bavarian Roasted Pork Knuckle.

I started walking from my hotel, which was very near the Hauptbahnhof, Munich’s main train station. I found it very interesting to find so many accommodation types within a three-block radius, from youth hostels to high-end hotels. There were hotels in the same chain practically next to each other–I noticed particularly that there were several hotels from the Marriott chain: an Aloft and a Le Meridien side by side on Bayerstrasse across the south entrance to the Munchen Hauptbahnhof, and a Courtyard by Marriott one street back.

Having only a few hours in the evenings to explore during my two-day stay, I downloaded Rick Steve’s walking tour of the Munich City Center as a quick guide.

I have to say that exploring the city in early Spring when the temperatures are still below 10 degrees is a real challenge. However, it is also great because there were no big crowds in the tourist areas, so I was able to observe locals doing their daily routines.

I had to walk about a kilometer from my hotel to reach the starting point of Rick Steve’s walking tour. To get there, I just followed the walking directions from Google Maps. Once there, I switched to Rick Steve’s app and followed his directions.

I have to admit it—I always check if Rick Steves has tips on every place that I visit because not only does he give great directions, he also gives a lot of interesting background information and invites locals to join his podcasts.

The walking tour started at Marienplatz or Mary’s Square in front of the Neues Rathaus (new town hall) a turn of the century Neo-Gothic building where every 11 AM and 5 PM the Glockenspiel comes alive with carillon music and dancing figurines parading on the high balcony.

Listening to Rick Steve’s narration of Munich’s history and background, I learned that Munich was actually named after the monks who settled in the area in the middle ages, which is the reason why their city’s symbol is the Munchner Kindl— child in a hooded robe.

In the middle of Marienplatz is a 16th century statue of the Virgin Mary. According to Rick, Munich was the bastion of Catholicism in their struggle against Martin Luther’s reformation. It is not surprising then that there are four Catholic Churches within a kilometer of each other in this area: St. Peter’s Church, St. Michael’s Church, Asam Church and the Frauenkirche, the city’s cathedral which is dedicated to the Virgin—Our Lady or “Frau”.

This is very ironic because Munich was also the location where Hitler had his first successful campaign and where he had a lot of supporters when the Nazi movement began.

My realization as I explored the historic city center was that Munich is a city of contradictions: on one hand, it is now a very open city where all are welcome, but it also has a dark history because this was where the Nazis made their first break.

I found Munich very cosmopolitan despite of its past, with a wide variety of shopping choices, from the very high-end to discount shops, but it also had the laid-back air of a small Bavarian town. I really liked the car-free pedestrian-only Kaufingerstrasse, Munich’s main shopping street, which is filled with an eclectic mix of shops department stores, food stalls, and souvenir stands along the wide people only boulevard.

Overall I think Munich is worth a second look, and I surely plan to stay a bit longer and explore it in more detail hopefully in a warmer weather.

Words and photo by Presy Alba