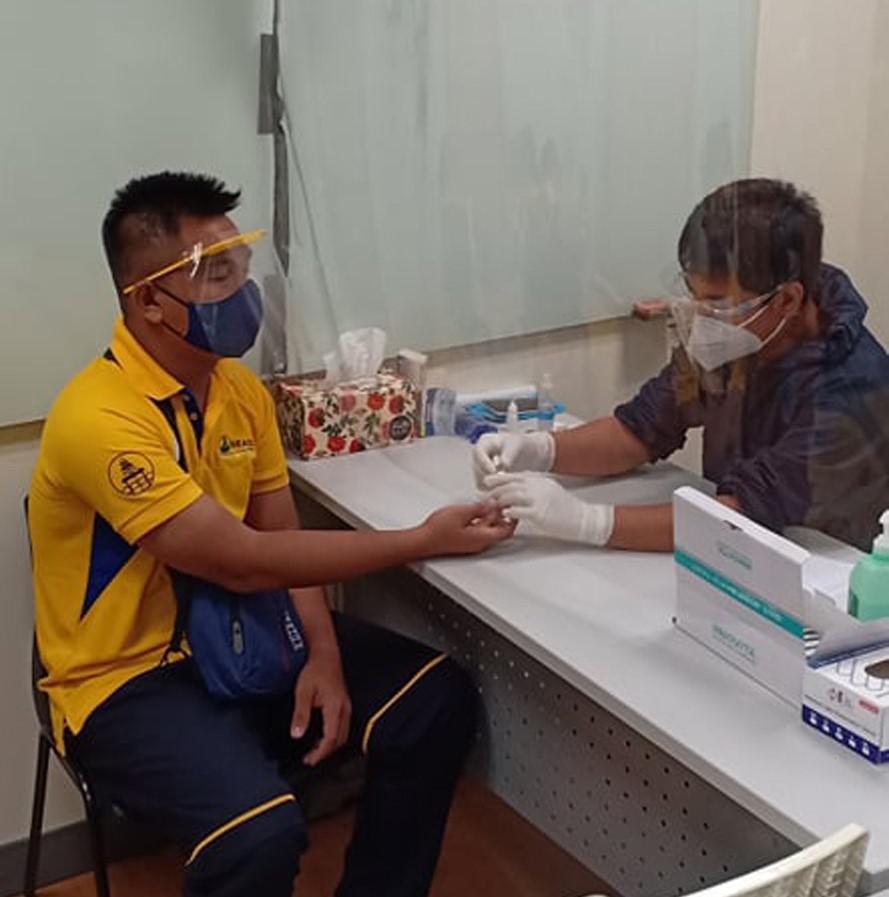 SEAOIL, the country’s leading independent fuel player, is continuing its #FuelPHtoRecovery efforts by providing COVID-testing for the station frontliners of company-operated stations within the red zones of NCR and Rizal.

“At SEAOIL, we value each employee’s health and safety. Testing our frontliners on a regular basis not only protects them, but also our valued customers who continue to gas up at SEAOIL,” said Glenn Yu, CEO, SEAOIL.

The testing is an added layer of protection that SEAOIL will provide for its station frontliners  and customers, in addition to their personnel protective equipment (PPEs), and enhanced station safety protocols that have been adapted to new normal conditions. SEAOIL has also started to transition to contactless payment methods through its partnerships with GCash, PayMaya, and Price-LOCQ—a revolutionary mobile app that allows customers to buy their fuels in advance while prices are low.

Over 1,200 station frontliners in red zones across Luzon, Visayas, and Mindanao are scheduled for testing. SEAOIL is assigning medical teams at designated testing centers to administer the tests. The company projects to complete the first run of rapid testing by the end of July, and will conduct the rapid testing every two weeks until a vaccine becomes available.

PLDT, Smart champion mental health in the time of COVID-19

All over the world, many people are struggling with their mental health. Lockdown and isolation have plunged many already suffering from depression and anxiety...
Read more

As mental health issues rise due to isolation, fear, and worries that accompany the current pandemic, it becomes necessary to make it easier for...
Read more

When it comes to balancing safety, function and design, the Aller Plasma  Nano+ is one of the best gifts for your loved ones.  How the...
Read more

With its Fever Detection Camera, Dermalog has developed a solution that provides fast and precise measurement results and reduces significantly the risk of infection...
Read more