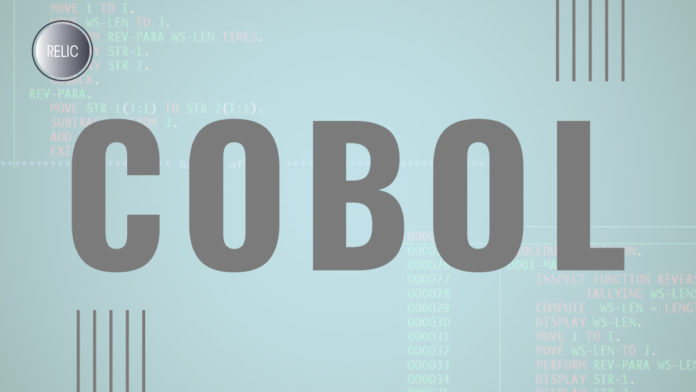 COBOL is a compiled programming language whose statements have an English-like syntax. Most programming languages use modern and succinct syntax like y = x, whereas COBOL uses MOVE x TO y. The code is split into four divisions: identification, environment, data, and procedure. COBOL came about as a response to the high cost of programming in the late 1950s. In 1959, one survey reported that in any data processing installation, programming averaged USD 800,000 at the time (USD 7,158,432.99 in today’s money).

In 1959, Mary K. Hawes, a computer scientist at the Burroughs Corporation, gathered various professionals from academia, computer users, and manufacturers at the University of Pennsylvania to try to find a consensus among common business languages. United States Navy Rear Admiral Grace Hopper, known for her work on the Harvard Mark I computer and the inventor of the first English-like data processing language, FLOW-MATIC, was one of the attendees. The most mainstream language at the time, FORTRAN, did not have the capability of writing such programs. The steering committee, the Committee on Data Systems Languages (CODASYL), met throughout 1959 to create what is now known as COBOL. The first version was known as COBOL 60.

Some were rather skeptical of the first iteration of COBOL. One anonymous source said, “It is rather unlikely that COBOL will be around by the end of the decade.” There were many logical flaws in COBOL 60, which led to the formation of even more committees to clean up the language. By 1962, the US Navy reported that COBOL could only make compilation speeds of 3-11 statements per minute. In two years, the upper limit became 1,000 statements per minute, but costs varied from USD 0.23 to USD 18.91 per statement. One of the telling signs of COBOL’s legitimacy is that IBM decided to use COBOL as its primary development language in 1962.

COBOL survived the 1960s; by 1970 it became the most widely used programming language in the world. New features were being added to COBOL throughout the 1970s, such as file organizations, the DELETE statement, and the segmentation module while removing the EXAMINE statement (replacing it with INSPECT). Business, finance, and administrative systems for companies and governments were the primary users of COBOL by 1978. However, there were lots of changes that still needed to be made. By 1985, over 60 features were changed or deprecated. The United States of America Standards Institute (now ANSI), which was a committee working on COBOL separate from CODASYL since 1962, adopted the new standard, now known as COBOL 85. Further amendments were made in 1989 and 1993.

By 1997, it was estimated that over 200 billion lines of COBOL were in existence that ran 80% of all business programs. At this time, COBOL was already close to 40 years old. The next iteration of COBOL was going to be object-oriented, which meant it would enable a system to be modeled as a set of objects containing data and code which could be controlled and manipulated in a modular manner. The next iteration of COBOL was released in 2002. It was not well supported, namely because no compilers completely supported the standard and the rise of newer programming languages had started to diminish the importance of COBOL.

Between 2006 and 2012, 60% of organizations used COBOL, although many managers reported moving away from the standard and onto the more modern C++ and Visual Basic.NET. Many United States federal agencies still used COBOL, and 43% of banking systems were using COBOL by 2017. 200 million lines were still in use. However, the retirement of many COBOL programmers forced organizations to find something new.

COBOL recently entered the news again because, during the COVID-19 pandemic, many US states reported a shortage of COBOL programmers for unemployment benefit management, which still ran on the 60-year-old language. COBOL still has its uses because its applications are still used for mainframe computers that can do large-scale batch and transaction processing jobs. As of this writing, the US government is looking to migrate to newer standards. COBOL was the programming language of business, finance, and government, and hopefully, its successor, like all new things, can do these processes faster and better.

Safer Internet Day 2021: Creating a better internet for all

Just as Safer Internet Day has grown from being a European event in 2004 to being celebrated globally 17 years later, Twitter has also...
Read more

The latest MyKuya 5.0 update promises to extend even more on-demand services to their clientele. A benefit to MyKuya users, it’s also helpful for...
Read more

With a strong presence in over 190 countries, worldwide exchanging a total of 100 billion messages and call minutes in the past decade, Rakuten...
Read more

Need appliance repair? There’s an app for that!

For those who need appliance repair, local startup Teko steps into the limelight post-lockdown, stronger and even more committed to provide convenience and job...
Read more

Fleets: a new way to join the Twitter conversation