The Far Cry series has taken us to various exotic locations such as Africa, an island in the middle of the Pacific Ocean, and the Himalayas. However, this installation of Far Cry has brought us a little closer to home—zthe fictional Hope County, Montana. The game has been touted as a social commentary on what would happen in America under the administration of President Donald Trump, but the game seeks to take the player closer to home and see what could happen in their own backyard.

You take on the role of a sheriff’s deputy, nicknamed “The Deputy” or “Rook,” to reclaim Hope County from the tyranny of Eden’s Gate and their charismatic leader Joseph Seed. Under Seed himself are his Heralds: Joseph’s older brother, Jacob (nicknamed “The Soldier”), who controls the Whitetail Mountains and trains Eden’s Gate soldiers; his younger brother, John (nicknamed “The Baptist”), and a lawyer who buys up Hope County’s land, controls Holland Valley and immerses people in water to cleanse them of their “sins”; and Faith, a former captive who utilizes the drug known as “Bliss” to control the victims of Eden’s Gate. 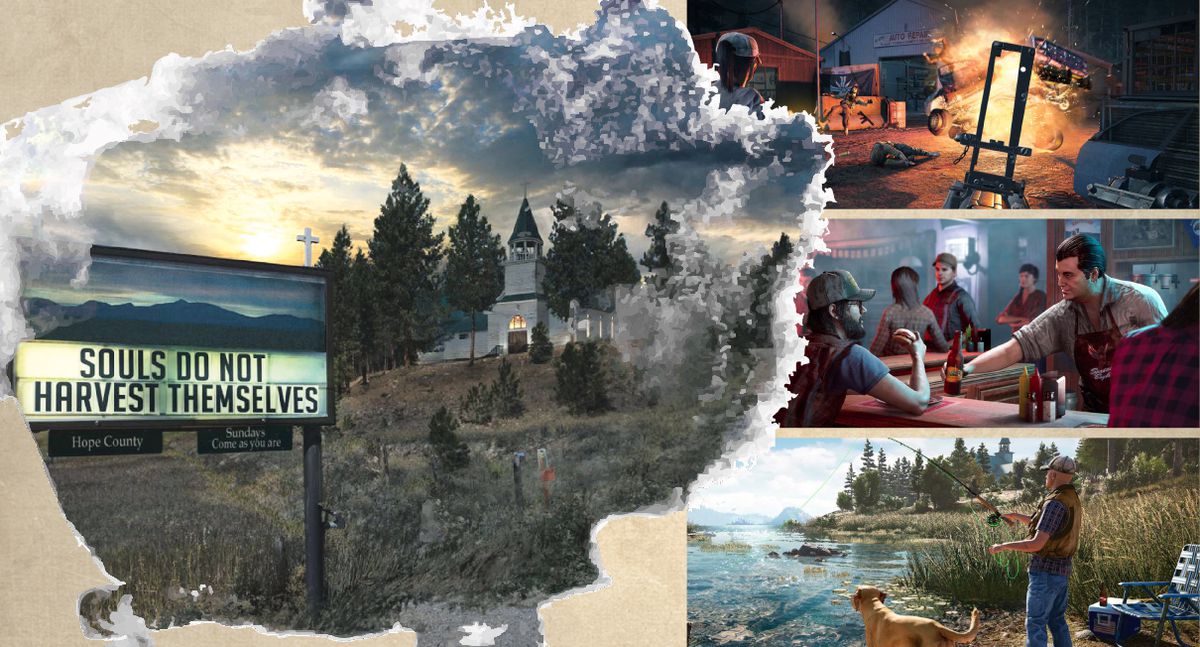 Like most of the previous games in the series, Far Cry 5 is a first-person shooter. The fun in the game begins when you’re dropped in the middle of nowhere with little context. You can assemble weapons, explosives, and more. You make money in the game by destroying enemy objectives or capturing enemy outposts. Completing an outpost mission without being detected will earn you a huge bonus.

Hunting for animals and fish, can be lucrative if you choose the right set of skills. Some of the perks available fall under several trees. Survivalist allows you to build stamina, health, and do certain things in the wild while Renegade enhances your movement and control of your weapons. Assassin, in its literal sense, gives you stealth abilities especially important if you want to capture outposts without being detected. Prepper gains you bigger storage options. On one hand, Leader allows you to recall your companions faster. 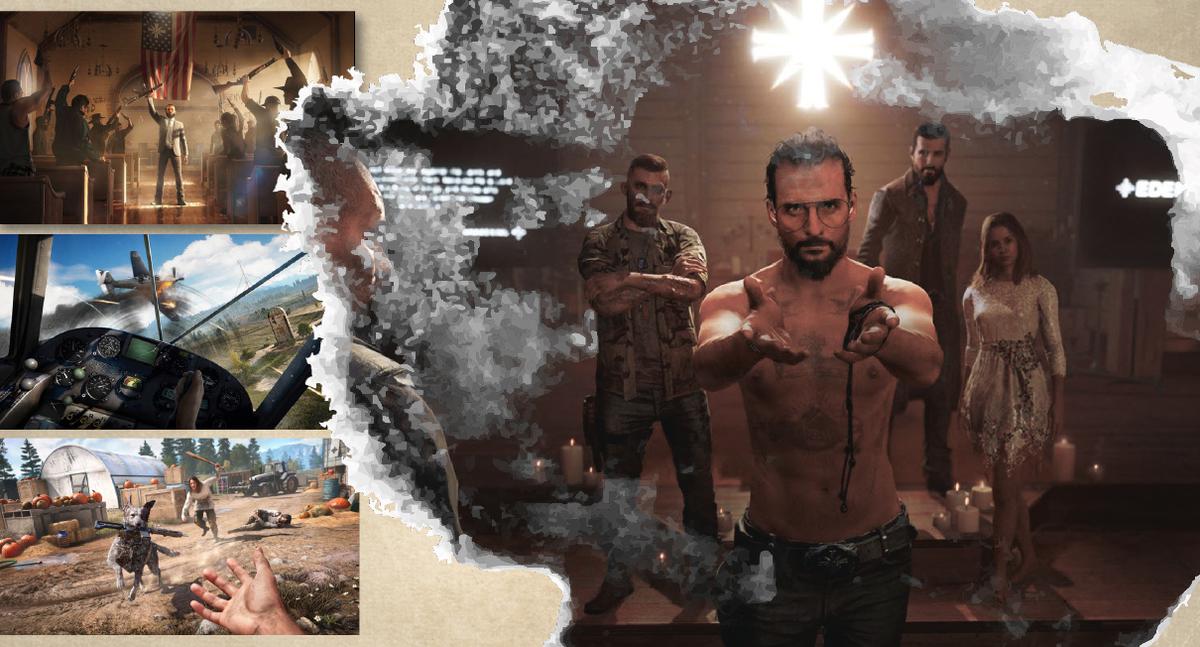 You can also recruit locals to help you fight Eden’s Gate. There are fighters who can be summoned and dismissed at any time for a small fee, or specialists who can be called in to assist with missions. In addition to the human specialists, you can recruit three animal specialists, such as Boomer the dog, Peaches the mountain lion, and Cheeseburger the bear. For those who like mass destruction, people can recruit Nick Rye, who can bomb enemy locations and take out enemy aircraft. Players who prefer to go about their business quietly should tap Grace Armstrong, especially if you want to take outposts without being detected; or Jess Black, who won’t be attacked by wild animals and will significantly reduce the chances of detection by enemies. If you’re the type of player who enjoys destroying enemies en masse, Sharky Boshaw comes with a flamethrower and can easily set large areas on fire. If you get enough points in the Leader tree, you can summon two specialists and cause lots of trouble for the enemy. This is a must if you plan to play on hard mode.

Multiplayer is also available, and you can have a friend help you complete the main story line. You can even create your own maps using assets from other Ubisoft games, such as Watch Dogs, Assassin’s Creed, and previous Far Cry versions. However, this is definitely a game you would want to play for due to its storyline and if you complete it, you can dive into multiplayer with your friends. You can even unlock built-in arcade games on the cabinets located around Hope County.

While this is an interesting turn from previous Far Cry games, it provides a lot of fun and replay value. Reclaiming Hope County from Eden’s Gate is definitely a challenge that you must experience more than once.

Platform: PC, PlayStation 4, and Xbox One

Also published in GADGETS MAGAZINE May 2018