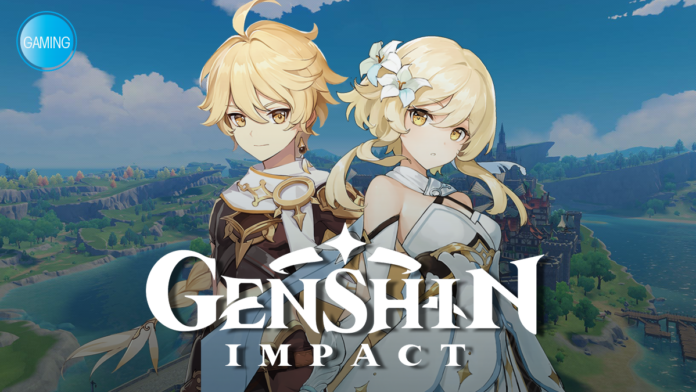 When it comes to viral games, there have been tons of them in 2020. The COVID-19 lockdowns have kept us indoors, and that means lots of time to throw at video games. Know a lot of people and still want some degree of social interaction? Try playing Among Us. Want to hunt ghosts? There’s Phasmophobia. Lots of games have gone viral in 2020, and the most interesting one comes out of China: Genshin Impact.

I have never heard of miHoYo before this game came out. miHoYo is a game developer and publisher based out of Shanghai, China founded by avid anime fans at Shanghai Jiao Tong University. Many of their previous games are anime-style games, and they even have offices in Japan. Genshin Impact follows this formula with amazing artwork that stands out among games of its genre (play the PC version for the best results). The best part about this game is that it’s free-to-play (albeit with lots of microtransactions and loot boxes).

The story is set in the world of Teyvat and you have access to 22 playable characters each with their own elements. You start with Amber, Kaeya, and Lisa, but can unlock other characters using Primogems for Intertwined Fates or Acquaint Fates to perform Wishes, or Gacha pulls. You journey across the regions of Liyue and Mondstadt doing quests and solving puzzles to gather resources (although other areas will open later on). Completing these quests and puzzles increases your Adventure Rank, which unlocks dungeons, daily quests, and even more quests. Thankfully, you don’t always have to do this alone. You can get three of your friends to help you in co-op mode. Some quests will require you to use the elements: anemo (wind), geo (earth), electro (lightning), dendro (nature), hydro (water), pyro (fire), and cryo (frost).

One of my favorite aspects of the game is how the elements interact with each other. For example, you can pair a water attack with a lightning attack for devastating effects since water inflicts the Wet status. You can even use the environment to play to your advantage. Some puzzles can only be solved by using certain elements, such as fire to light a torch, or earth to keep a door open. Your mastery of the elements will let you get through the tougher challenges. Make sure you collect all the characters you can, because some characters are virtually required to fight

You can customize your play style any way you want as long as you pay attention to the elemental chart and the types of weapons you have. There are five weapons: bows, catalysts, claymores, polearms, and swords. Each weapon with a 3-star rarity or higher will have a secondary stat that scales with the player’s level, so collecting rarer items will only be to your advantage. If you like getting up close and personal, you should use swords and claymores. Want to keep your distance but still be close enough to the action? Polearms are the way to go. Want to master the elements? Try using catalysts. Used to hitting things from afar? Use bows.

The cooking system is another aspect of the game that you should use to your advantage. You can find materials by killing enemies in the game, gathering fruits and vegetables, or purchasing them from stores. Some of these dishes restore health and others boost statistics. You can also mine ore to increase weapon strength or even create your own weapons.

The learning curve for this game is pretty high, so be prepared to spend lots of time on this game if you want to truly master it. You’ll find over time that the loot boxes don’t even matter and are just fun rewards if you play a lot. It takes a middle ground between being a mindless grindfest and a pay-to-win game that is rarely seen in video games since developers started using monetization tactics such as loot boxes to generate additional revenue. This is what makes Genshin Impact a popular game right now, and a great play for anyone into action RPG games.