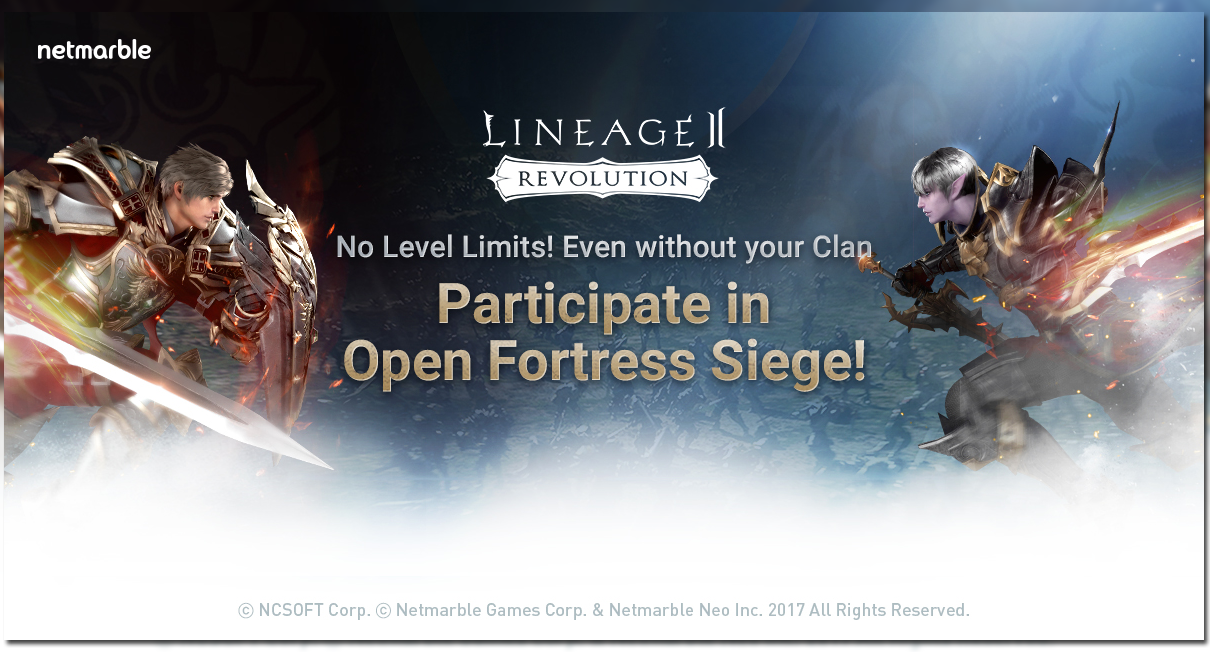 Netmarble Games Corp. announced the release of an update for its mobile MMORPG, Lineage2 Revolution, last October 2, 2017 that will add the Open Fortress Siege event to the game.

An open fortress siege will be held from 8:30 to 9 pm every Friday where players can enter on their own or party up with up to four other players and choose any class and race. Joining the siege will allow players to receive rewards like blessed scrolls, weapon upgrade stones and weapon vanish.

The update also adds a new party raid dungeon, the Temporal Rift, which urges players to take on a unique play style in a story-driven dungeon setting. Players can get item drops from the raid, including materials needed to acquire and level up a cloak.

The cloak consists of a personal cloak and a clan cloak. Players can acquire personal cloaks at the end of the tutorial. Wearing it can boost their abilities and attack power, while improving leveling up efficiency.

Members of clans can wear the clan cloak. It features stat advantages, and a change of appearance whenever it accomplishes certain levels. Only the clan leader can upgrade the clan cloak, however.

Players who reach a character level of 180 will see their mastery level raise as they earn experience points. Similar to the level system, mastery increases when experience is accumulated, with players who have a high level of mastery getting a Mastery Token. It is the in-game currency for the mastery shop which sells Maphr’s protection fragment, red starstones and enhancement scroll bundles.

Lastly, the world boss Guillotine joins Lineage2 Revolution. Guillotine is a rare boss that appears
every 12 hours with only 1 million players able to enter the area at one time. It’s a challenging boss and players are urged to give everything they have when they encounter Guillotine.