From fashion to cartoons, the 80s came back and it looks like they’re here to stay. He-Man, G.I. Joes, Microman, even the ThunderCats keep showing up all over the media of late. None of this is surprising since the whole retro thing is a huge hit with millennials. While the Transformers franchise technically didn’t die down thanks to a string of Michael Bay movies and a never ending supply of action figures, they’ve not invaded another media space: video games.

More Than Meets The Eye
Transformers: Earth Wars Beta is a city-building game, similar to Clash of Clans, but with transforming robots instead of fantasy creatures. The game appears to be in continuity with the recent Power of the Primes cartoon, even incorporating designs from the show and the recent lines of action figures . Players start the game by choosing the Autobots or the Decepticons. During the course of the game, you’ll be given Transformers from the opposing team as well so you’ll get the chance to get them all.

The game features G1, G2, and Beast Wars designs that will bring back many of your childhood memories. From the 80s cartoon music to the voices, the game will give you serious nostalgic vibes. I still get chills when I hear “Decepticons, deploy” or “Autobots, roll out!”

Developers of the game did not skimp on the writing as you’ll see some very iconic characters worked into the game. From Starscream’s stab-you-in-the-back attitude, to Drift’s redemptive arc, no one will accuse these characters of being flat and uninteresting. Even Grimlock’s caveman-speak is present! 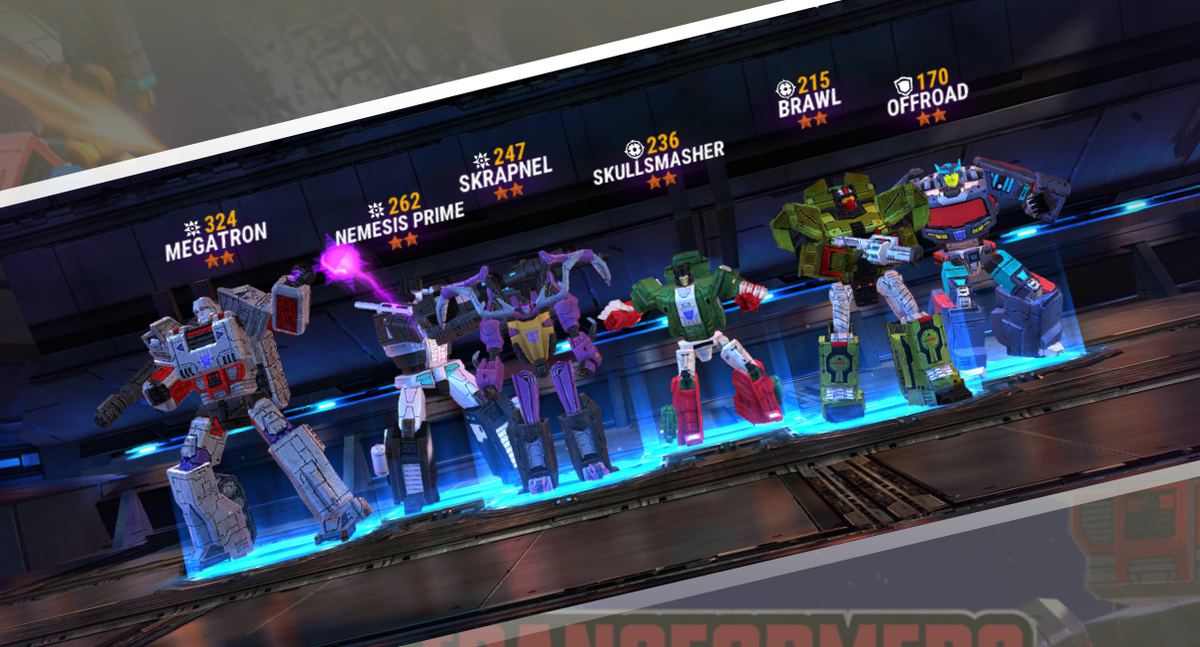 Robots in Disguise
You play campaign missions to get acquainted with the different Transformer unit types. Specials have unique abilities, such as temporarily shutting off defense towers or rallying the squad to attack a particular building whilst damaging every wall in its path. Gunners are your long-range attackers, usually out of reach of lower level towers. There are Aerial units, like Starscream who have the ability to fly in and drop bombs with various effects such as fire, and corrosive damage. Medics, such as Shockwave and Ratchet, heal your units in battle. They can throw a health grenade to heal your units, giving you the advantage in a fight. And lastly, the Warrior class, like Drift and Barricade, are your tanks, who can soak up massive amounts of damage. They also have the ability to crash through buildings to a targeted building all on their own. Using their abilities costs energy, which players are given for a raid or mission, you get to collect more energy as you tear down enemy buildings. It’s up to you to combine different types of troops to put in your squad, allowing you to find the best combination of troops to complete a particular mission.

The last mission pack unlocks the Combiners. Yes. You get to have Devastator, Predaking and more.Transformers come in different levels that you can unlock via crystals which are available via game progression or by paying with real world currency.

As you play you also get to have different power-ups to improve your transformers’ stats and cosmetics.

Overall, Transformers: Earth Wars brings something new to the table. A different twist on the city-builder RTS game brimming with characters to make you want to go all in and collect them all. 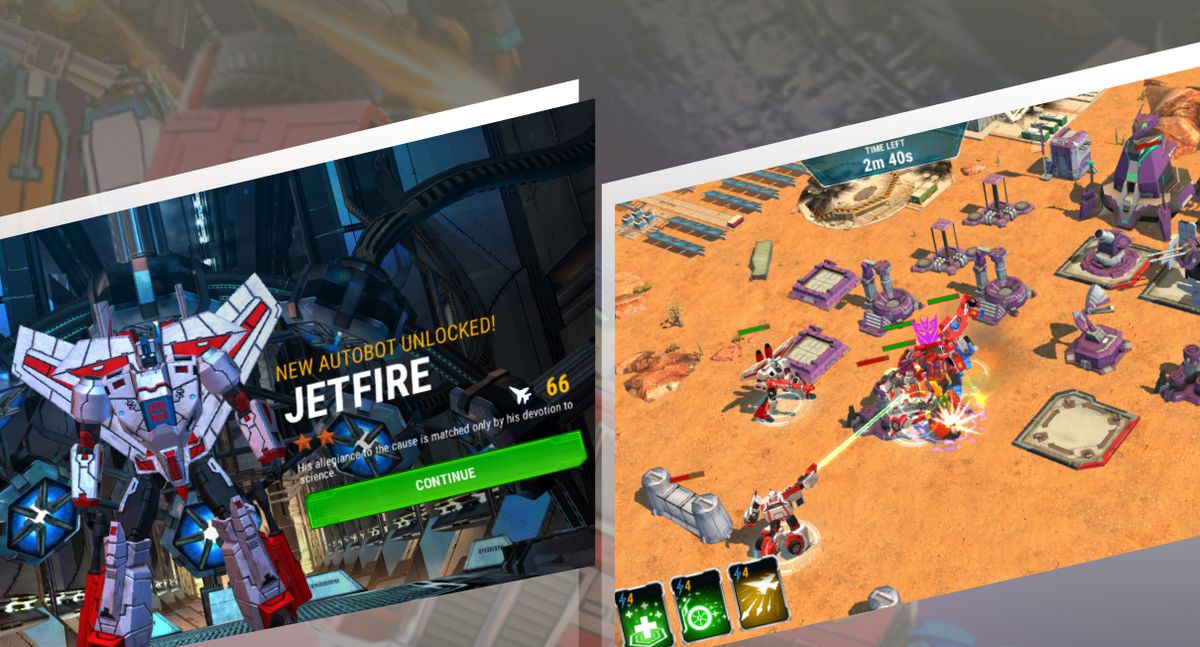