11 Sep 2021
TechnologyCover StoryNokia 3310 and the first-gen iPhone: Iconic phones that defined the 2000s 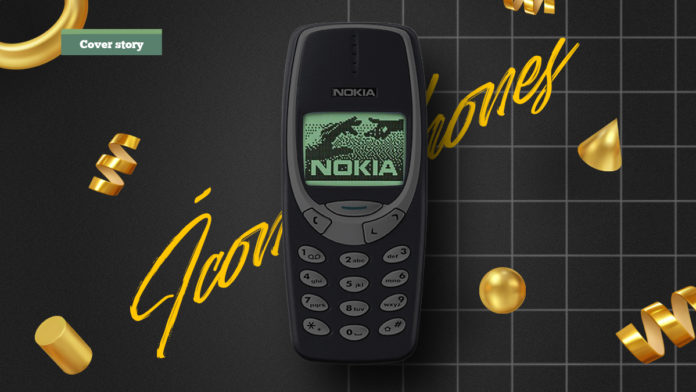 Last year, the Nokia 3310 celebrated its 20th anniversary. Now, we’re just less than a month into the 21st. Even then, it’s a great feat that a single GSM phone from the 2000s is still talked about in digital spaces or conversations today.

When people reminisce about Nokia 3310, they talk about its durability. The phone’s indestructibility was (and is still) so highly regarded that when Finland, Nokia’s home country, released their country-themed emojis, the Nokia 3310 was named as “The Indestructible.”

With internet messaging support, mobile gaming, and a myriad of customizable features (like changing the outside casings to other colors or the ringtones via The Composer app), Nokia tapped a sizable market heretofore ignored by companies: the youth. Everything in the Nokia 3310 screamed youth culture, at least in the 2000s. The phone was deliberately different from its forebears because it not just signified the start of a new millennium, it also became a phone for the youth that was also unintentionally made by the youth. Nokia’s production manager, in an interview, said that she was just in her 20s when she was hired by the company to work on what would become the Nokia 3310. With the phone tapping a new market at the start of the 2000s, it is no surprise that the hold and impact of the Nokia 3310 on popular culture is still strong two decades later.

Many phones in the 2000s weren’t able to achieve that kind of recognition. Motorola’s flip phone or Blackberry’s QWERTY keypad was just as groundbreaking and impactful but still, Nokia had a stronger impact than both combined. It’s safe to say that Nokia, with their iconic 3310, defined turn-of-the-millennium tech until the first iPhone was released in 2007.

Since the company’s start in the 1980s, Apple was just making Mac computers that were wholly designed to take less space but still be functional for residential homes and work offices. But in the 2000s, the company branched out into the music industry with iTunes, due to the Napster controversy. In the same year, the company released the iPod — one of the very first portable media players that can sync music purchased from a digital platform (in this case, iTunes). Before the first iPhone, Apple released many tech products which served as crucial building blocks for an ecosystem that allowed you to store and access shared data across all Apple devices.

Moreover, there were many smartphones released before the first iPhone. The very first smartphone — IBM Simon, released in the early 1990s —or Blackberry phones come to mind. But IBM Simon was quite bulky and Blackberry phones had QWERTY keyboards, not the most user-friendly. Addressing these issues, Apple introduced a new approach to a user-friendly design with its full touchscreen. This design would become the blueprint for all smartphones released after the iPhone.

The first iPhone’s release was such a historical moment because it signified the start of the smartphone market. The first iPhone was far from perfect. It didn’t have the App Store. It only had Safari, iTunes, and basic phone applications. It didn’t have any standard mobile games like the Snake game. It didn’t even have GPS. You couldn’t customize the phone; even the background image could not be changed. All these features and functions became available in the later iPhone releases and software updates. But what made the very first iPhone special was that they combined web browsing, email and text messaging, and music listening (which is the primary function of the iPod) on a single device. The very first iPhone’s functional combination of tasks and user-friendly design are the reasons why it became the archetype of the smartphones we have today.

The Nokia 3310 and the iPhone First Gen are now part of tech history. To some, they’re just old tech products — a product of their time. But to many, particularly for those involved in the tech industry, both of these phones are cultural touchstones. Millennials and older generations would have used these phones at some point in their lives. People born during the Gen Z years continue to reminisce about these phones, whether on memes or just a romanticization of life when the internet and social media were not at the forefront of our lives.

Both of these phones remain relevant because they are the blueprints of most smartphone products we have today. Moreover, the Nokia 3310 and the very first iPhone defined the 2000s. They represent a life we had before our favorite smartphones took over, when most basic tasks like web search and even texting, took a long time. But thanks to these phones, we can look back on the good times and keep moving forward.

How the home became smart