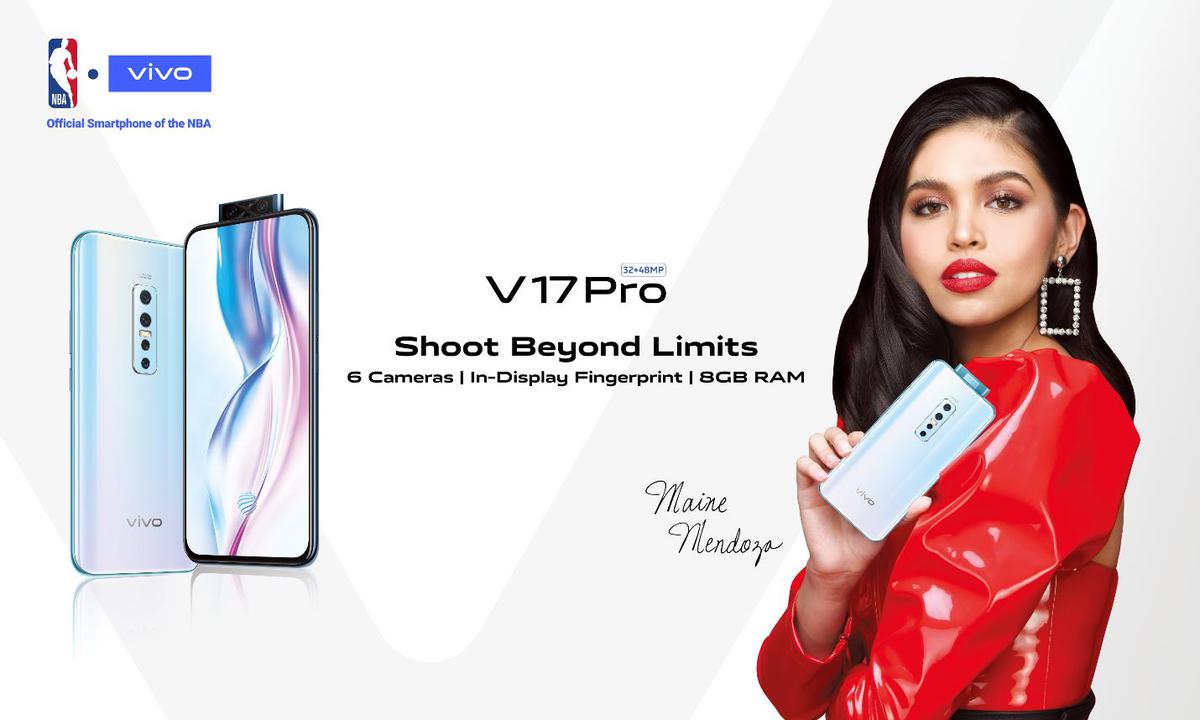 Vivo has finally unveiled the V17 pro at a massive launch in BGC today.

With a total of six cameras—two up front, and four in the back—the V17 pro allows users to shoot beyond their limits. With the market’s first 32-MP + 8-MP dual front elevating camera, and a Super AMOLED Ultra Fullview display, this device is a worthy successor to the previous generation.

“The creation of V17 Pro once again showcases our strong consumer-centric innovation approach. The new V series member brings brilliant camera systems on both the front and back of the smartphone to empower consumers to shoot beyond their imagination,” said Charisma Buan, Vivo Philippines Public Relations Lead. “V17 Pro is a masterpiece that we are extremely proud of, as it reinforces our position as a pioneer in bringing best-in-class mobile experiences to the Philippines.”

The Vivo V17 Pro also features an exceptional 48-MP main camera on the rear of the device, bolstered with an 8MP wide-angle snapper for ultra-wide shots, and spectacular landscapes. It also includes Super Night Mode for stunning photos even in low light environments.

The elevating camera allows the Vivo V17 Pro to sport a massive 6.44-inch display with a staggering 91.65 percent screen to body ratio. This not only allows for superb viewing on such a handy device, but also allows the V17 Pro a beautiful design that’s unlike others in its class. The design is made even more sleek with the inclusion of an under-display fingerprint scanner that gives the phone sleek, uninterrupted lines.

Under the hood, the Vivo V17 Pro sports powerful hardware that’s made for today’s most demanding mobile games. A Snapdragon 675 SoC,  8GB of RAM, and a 4100 mAh battery with Dual-Engine Fast Charging make for a device that can more than keep pace with any mobile gamer.

The Vivo V17 Pro can be pre-ordered starting tomorrow, and will be available on 19 October for PHP 21,999.