The latest My Passport Studio is one gorgeous looking portable hard drive. This model is the successor to WD’s Studio line, which specifically targets Mac users. There are three variants for the My Passport Studio: 320Gb, 500GB, and 640GB. The one I have right now is the 500GB model.

Unlike the My Passport Essential, the My Passport Studio only comes in one color. It couldn’t be more perfect as the metallic silver finish of the hard drive closely resembles the Aluminum Unibody of Apple MacBooks. One the bottom, there are 2 connection ports available: micro-USB 2.0 and FireWire 800. Included inside the box is an adapter which converts FireWire 800 to FireWire 400. Underneath the sleek exterior rests a 2.5-inch hard drive with 8MB cache and 5400-rpm.

Probably the biggest upgrade from the previous generation of My Passport Studio is the e-Label panel located in front of the device. It displays a personalized label of up to 12 characters long, a bar which represents the remaining capacity, and a lock icon which indicates if the drive is password protected. The color of the display can be inverted from black-on-gray to gray-on-black. The e-label uses the e-ink technology so it stays on even though the drive is unplugged.

All of these features can be accessed and modified using WD’s proprietary software: the WD SmartWare.  It comes pre-loaded into the device as an auto-loading Virtual CD. It’s an all-in-one software which lets you update the label, add a security password, or even diagnose your hard drive. There’s also a backup software included that neatly categorizes the contents of your computer, which could be synced to your hard drive. The backup software is limited such that you can’t exclude individual files/folders from the different categories. If it’s documents or movies, it’s ALL documents or movies. There’s also no option for automatic scheduled backup.

If you’re like me and you don’t want any of the extra clutter from the SmartWare VCD, there is also an option to switch it off. You can only do this if you’re My Passport Studio is not password locked and you’re not using any of the features of SmartWare. This may be reverted back on anytime using the Virtual CD Manager.

I also tried copying a bunch of files just to verify the benchmarking results with real life files that I store in My Passport Studio – my World of Warcraft installer, and seasons 1 to 4 of How I Met Your Mother. With small files, the difference is hardly noticeable but when transferring over 50GB of data, the FireWire 800 just blew USB 2.0 out of the competition. It was indeed almost twice as fast. Too bad not a lot of non-Apple devices has a built in FireWire 800 interface. 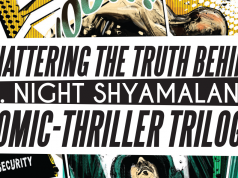 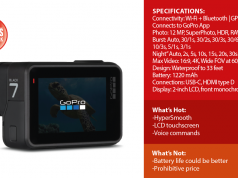 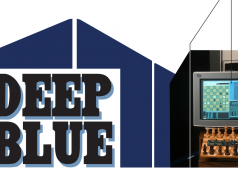