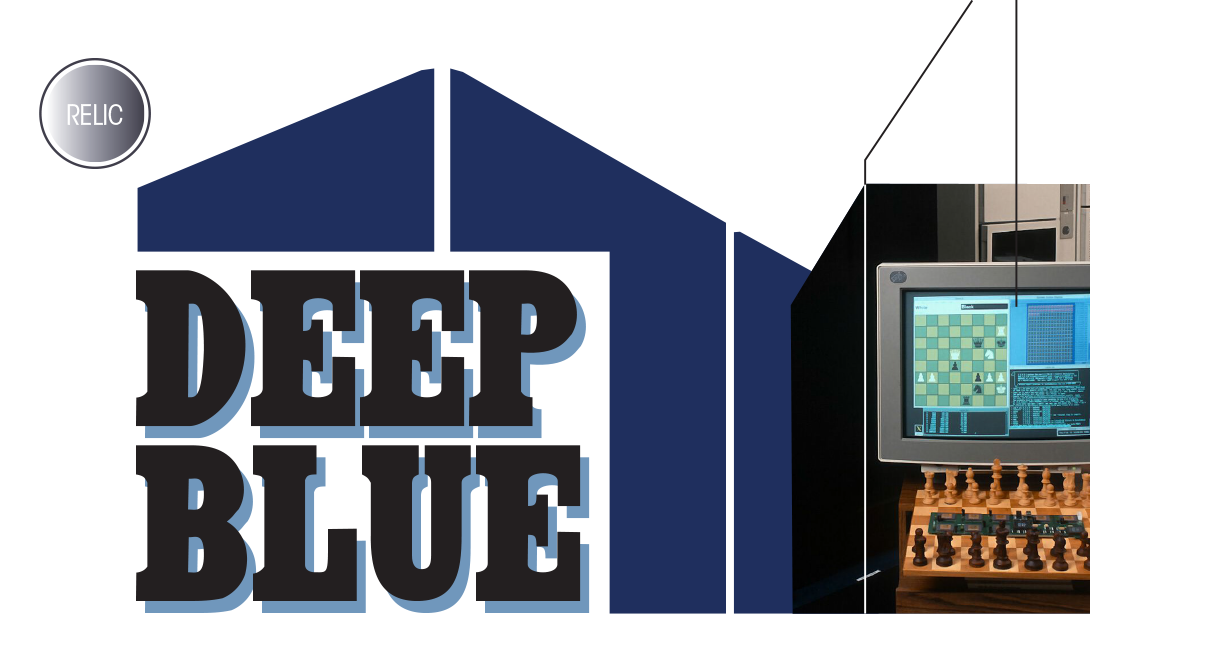 German chess player Siegbert Tarrasch once said, “One doesn’t have to play well, it’s enough to play better than your opponent.” What do you do when your opponent is a computer capable of calculating millions of positions a second? One of the unwritten rules of chess is to always think ten moves ahead, which is nearly impossible when your opponent is the chess-playing computer Deep Blue.

Deep Blue was a project started at Carnegie Mellon University by students Feng-hsiung Hsu, Thomas Anantharaman, and Murray Campbell. The three students were hired by IBM Research in 1989 to build a chess machine that could take on the world chess champion (at the time, Russian grandmaster Garry Kasparov). Kasparov had previously defeated a chess-playing computer, Deep Thought, in the same year. The three students were joined by Jerry Brody of IBM Research. Randy Moulic and Chung-Jen “CJ” Tan managed the team.

Deep Blue was one of the most prominent examples of artificial intelligence. It used custom very large scale integration (VLSI) in order to execute the alpha-beta search algorithm in parallel. In layman’s terms, this was a brute force approach. Deep Blue first played Kasparov in 1996. Kasparov beat the first iteration of Deep Blue 4-2, which forced the IBM team to make further upgrades to Deep Blue. The computer won their next matchup in 1997, largely due to a mistake Kasparov made in his opening.

Deep Blue was so powerful that in 1997, it was ranked as the 259th most powerful supercomputer in the world. It achieved 11.38 GFLOPS on the High-Performance LINPACK benchmark (today, the fastest computer is the Summit supercomputer at 143.5 PFLOPS). Many chess grandmasters contributed to the database of Deep Blue. One of these grandmasters was Joel Benjamin, who broke chess legend Bobby Fischer’s record for the youngest-ever chess master when he attained the title at 13 years old.

The aftermath of the Deep Blue-Garry Kasparov matchups caused a surge of interest in artificial intelligence (AI). Some questioned whether or not AI was catching up to human intelligence. Kasparov initially sought out a third match with Deep Blue, but IBM dismantled the machine. A 2003 documentary film interviewed people who suggested that the Kasparov-Deep Blue matches were a way to boost IBM’s stock value. IBM had reported a $8 billion loss in 1993 (at the time the biggest in American history up to the point). This meant that there might have been some truth to those suggesting the same. Others attributed Kasparov’s loss to bad play on his end.

In the end, the chess games may have sparked the idea of deep learning, which would later become one of the critical aspects of modern AI. The idea of playing chess against a computer was definitely a challenge for even the greatest chess players of all time, but it also had a significant impact on the development of AI today.