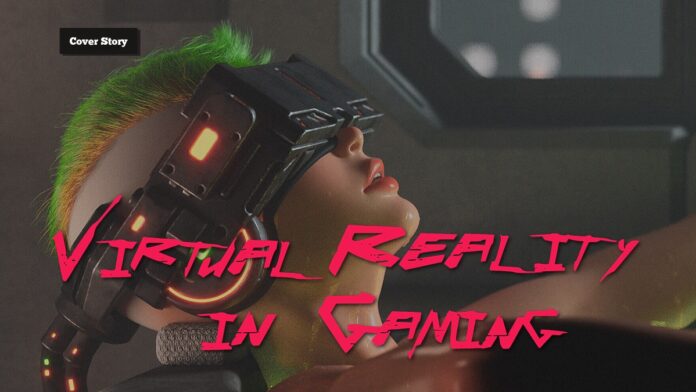 With recent developments in VR headsets alongside the release of VR-based games, it seems evident that Virtual Reality will be the next big thing in gaming. Although VR had quite a slow start at the onset of the 2010s, there is a renewed interest in VR gaming today, as it has become a new way to experience gaming by immersing the player in a different reality.

Sudden rise and eventual downfall: a brief history of VR in gaming

Virtual Reality (VR) has been around since the first flight simulation device called the Link Trainer. Historically, VR was used in flight simulation as well as military and space training, particularly in the US. The idea of incorporating virtual reality into people’s daily lives — let alone in games — seemed far-fetched until the 1990s.

Approaching the turn of the millennium, the idea of virtual reality taking over the world entered the public consciousness through science fiction movies like Tron (1982), The Lawnmower Man (1992), and eventually The Matrix (1999). With all of these influences, VR in gaming was first introduced in 1991.

The VR arcade machines were a staple in the early 1990s but were soon replaced by more exciting arcade games. For one, playing with your hands attached to the seat felt restricting. Spending a 3-5 minute gameplay on an arcade game with choppy animations wasn’t as rewarding as a zombie shooting game or an arcade hammer game. With its lackluster performance, Virtuality was doomed from the start.

The Virtuality Group was not the only company that took an interest in the world of virtual reality. In 1995, Nintendo released Virtual Boy, a gaming console that can be regarded as a precursor to today’s modern VR headsets. The whole console had a red-and-black headgear that simulated 3D images in that same color, as well as an M-shaped controller with D-Pads on both sides for ease of movement in the game.

The commercial release of Virtual Boy was a failure due to poor marketing. Many thought it was overpriced as the game graphics were underwhelming for its price range. Others complained of eye strain and dizziness when playing with the console. Virtual Boy did not reach its revenue goal and was pulled out a year later.

Although Virtuality and Virtual Boy both ended on a sad note, they still laid the foundations for what VR in gaming would become in the years ahead.

The new millennium, Oculus Rift, and the rise of VR in gaming

While new developments and applications of VR in medicine and therapy continued, VR in gaming reached a dead end with Nintendo’s Virtual Boy. The drought extended well into the 2000s, with PlayStation, Xbox, and Nintendo dominating the video game industry at that time.

In 2012, a Kickstarter campaign on a promising VR headset received USD2.5-million, well beyond its original USD250,000 goal, signaling the revival of VR in gaming. This disruptor was the Oculus Rift, which became the trailblazer for VR gaming headsets—it was the future becoming now.

Oculus Rift was such a turning point in gaming that many big names in the industry showed support from its inception, including Doom creator John Carmack, who would later become a consulting CTO at Oculus VR. Within just two years of the release of the prototype VR headset to its backers and partners, Facebook acquired the company in a USD2-billion deal. The potential of VR in gaming was apparent to many developers, who were eager to invest in this new and exciting medium.

Oculus Rift had quite a journey before its first commercial shipment in 2016. There were many development kits, prototypes, and software releases to get to the very first Oculus Rift VR headset, and the end result was quite productive. Although Oculus Rift felt like a science fiction dream becoming real, using it remained a fantasy. The touch controllers were not quite ready, so the VR headset was shipped with an Xbox controller. Moreover, when the touch controllers were finally released, you still needed to pay for them.

Unlike the more recent VR headsets, Oculus Rift required a lot for it to be used properly. You needed a high-end gaming PC, extra sensors for position-tracking, USB and other port driver updates, as well as various cables and hardware components for it to work smoothly. Thankfully, all of these ‘added requirements’ were scrapped entirely with the new and improved VR headset developments not just in Oculus VR but in other companies like HTC Vive and PlayStation.

An open path: the future of VR in gaming

Other brands have also introduced their own VR headsets. HTC Vive released HTC Vive Focus 3 this year, marking it as the first VR headset catered to business and model design. It has an ergonomic design coupled with impressive specifications and performance from its display, hardware, and performance. This year, PlayStation VR (PSVR) for the PlayStation 4 — one of the first portable VR headsets produced — sold more than 5 million units. Currently, there is a new PSVR in the works for the PlayStation 5. We are also seeing a lot of current virtual reality and augmented reality-based developments like Apple iPhone glasses, Microsoft’s integration of both VR and AR in their ecosystem, and Facebook’s AR wristbands — all of which can be traced back to the development of VR headsets in the early to mid-2010s.

The rise of VR in gaming and its sales during the pandemic, as well as further developments surrounding virtual and augmented reality, indicate that VR and AR are here to stay, one way or another. VR and AR provide a completely new gaming and entertainment experience, which developers, researchers, and tech groups can continue to explore. Although VR has been around since its revival in 2012 with Oculus Rift’s campaign release, VR in gaming is still a new area of interest since VR headsets have been commercially available only since 2016. There are still so many things that can be done to improve its software and hardware components. Until all of VR’s potential is unleashed, we eagerly await its next big thing.