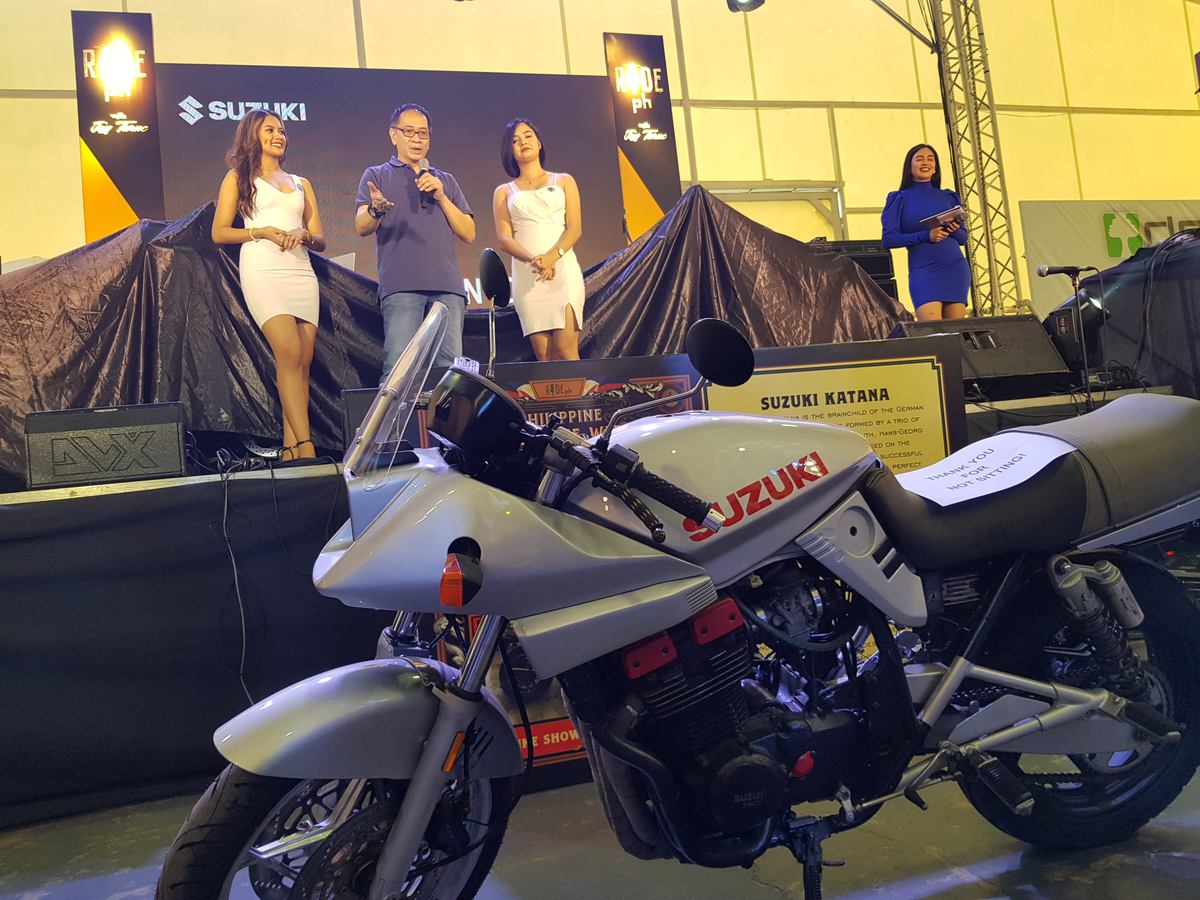 Suzuki has given new life to a classic in the 2020 Katana. The iconic bike, which made waves when it was first released in 1981, has been reborn with modern technology, but carries with it the same passion that Suzuki has for the model all those decades ago. A beautiful combination of sharp styling and throwback design, this modern Katana is the perfect combination of futuristic and retro.

Each of the styling features and performance components that distinguish the Katana underwent many iterations to achieve the desired level of refinement and functional beauty. Overall, the development process came to closely resemble the arduous process
of creating the Japanese sword that gave this bike its name.

The unveiling of the bike was attended by Suzuki Philippines’ National Sales Manager Mitsunori Shiraishi, Big Bikes Marketing Supervisor Mary Ann Garcia, Big Bikes Sales Supervisor Allan Panlibuton as well as Wheeltek Motor Sales Corporation’s (Suzuki Big Bikes dealer) General Manager for Big Bikes Bobby Orbe and Suzuki Big Bikes Center Makati Branch Manager Mhae Javier. Ride PH’s host and the man behind the Philippine Moto Heritage Weekend Jay Taruc also joined the launch. Special guest to the occasion was Dr. Ricardo Quintos, owner of a 1992 Katana. He shared his experiences and love for the bike and its
design and even dubbed it as one of the first if not the first street sport bike in the country given its design and power. He is also one of the first buyers of the 2020 Katana which was activated the same day to the delight of the spectators.

The heart of the Katana is a 999cc, liquid-cooled inline-four taken from the GSX-R1000, and tuned for the street. It is a total update over the previous generations, offering fuel injection, advanced engine control management, traction control, ABS, and low RPM assist, making it the perfect street machine, without compromising the thrill of riding a powerful machine.