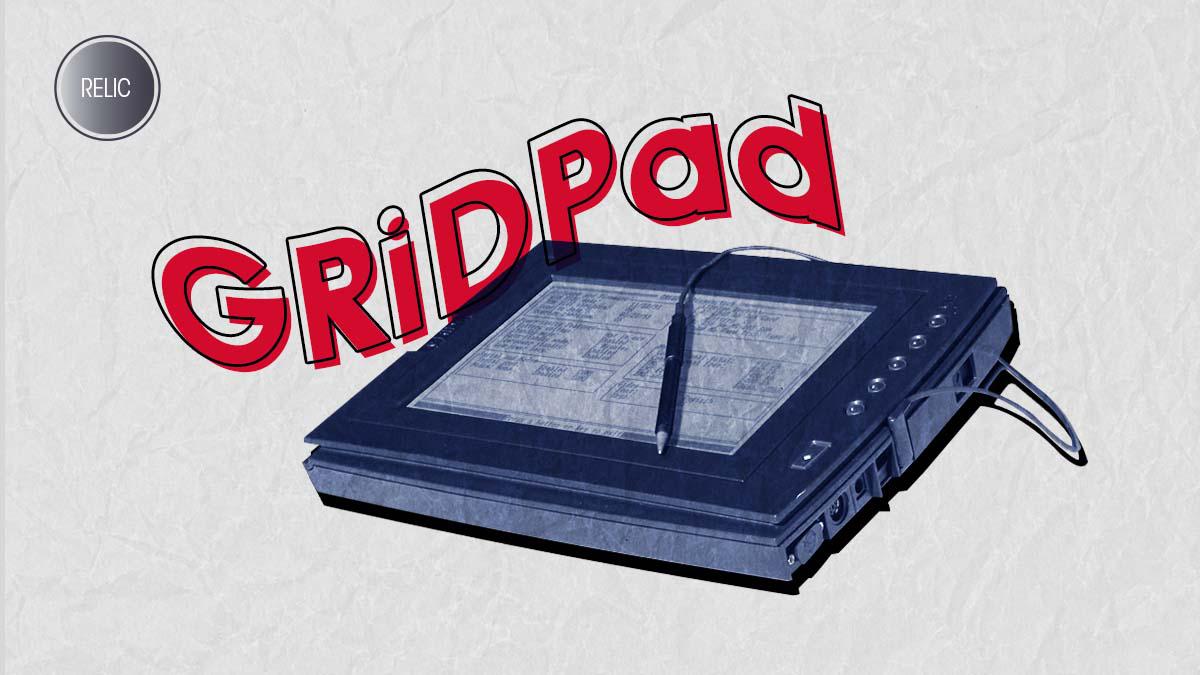 Going to school during COVID-19 is going to be radically different. You’re going to be on Zoom and socially distancing from your teachers and classmates. You can use laptops, tablets, smartphones, and more today to complete your schoolwork, but what if this pandemic happened in a less connected time? Thankfully, Jeff Hawkins had a solution when it came to tablets: the GRiDPad.

Hawkins was ahead of his time when it came to speech recognition patterns, paving the way for Siri and Alexa today back in the 1980s. He worked for Intel and, later, GRiD Systems in 1982. He enrolled in the biophysics program at the University of California at Berkeley in 1986 and even patented a “pattern classifier” based on handwritten text for his PhD program, but nobody else at the university were even working in the field. Hawkins took the idea back to GRiD Systems, where he would develop the GRiDPad. GRiD Systems was later acquired by the Tandy Corporation in 1988, and Hawkins would stay on to oversee his creation.

The GRiDPad came out in September 1989 and measured around 9 x 12 x 1.4 inches and weighed around 4.5 pounds. The first iteration of the GRiDPad had an Intel 8086 processor (10MHz), PCMCIA storage, a black and white 640×400 10-inch display, and ran on MSDOS 3.3 as its operating system. It had a touch-screen interface with a stylus and handwriting recognition that Hawkins himself developed. Later iterations of the GRiDPad included 256KB or 512KB battery-backed RAM cards and the GRiDPad SL would even run on Windows 3.1 when it was released in 1992. The GRiDPad Convertible, which was also released in 1992, was the first fully convertible tablet as the screen would move up to reveal a full-sized keyboard, although it weighed almost 10 pounds, which would be unthinkable even for the heaviest laptops today. Hawkins filed a patent in 1992 flipping the screen orientation between landscape and portrait which we see in our tablets today.

The United States Army used the GRiDPad for inventory management, ordering special versions of the GRiDPad made out of magnesium for durability. Other government agencies also used the GRiDPad, and it became popular among bookkeepers, delivery drivers, and major corporations such as Chrysler and Best Foods Baking Group. One unit cost around USD 2,370 without software and USD 3,000 with software, or around USD 4,927.45 and USD 6,237.02 today.

Hawkins was cautious about how the GRiDPad should be used. “I never saw pen computers as a replacement for a full PC,” he said in a 2008 interview. Hawkins went on to develop its successor, the Palm Pilot, which was one of the most successful portable devices of its time. Technology companies decided to incorporate elements of the GRiDPad into their own products. Apple’s iPad, the Microsoft Surface, and the Samsung Galaxy Tab all incorporate touchscreen technology and other elements of the GRiDPad in their products today.

Hawkins eventually retreated from the technology world to focus on neuroscience. He wrote a book in 2004 called On Intelligence, and his specific area of interest is cortical columns, or structures in the neocortex where scientists believe that the brain creates and stores models of objects in the environment that it encounters. While Hawkins is still working in neuroscience today, he believes that cortical columns may affect the development of artificial intelligence, which means that Hawkins may return to the technology world one day.

Tablets used to be heavy and hard to carry around, but thanks to tech companies picking up on the elements of the GRiDPad, they can fit in your backpack and can be used to access information on the Internet at your fingertips—literally. Thank the GRiDPad for pioneering the way forward for tablets which you use in schools today.

Today, we can all interact with each other online through various methods such as text messaging, Facebook Messenger, Instagram, Twitter, Snapchat, game distribution platforms...
Read more

The very word carburetor itself seems like a relic of the ancient past. However, the carburetor is a pretty recent invention. It was used...
Read more

Steve Jobs was known as one of the most innovative technological minds in the history of personal computers. Having started Apple in 1976 with...
Read more